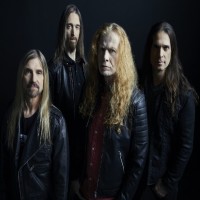 "Soldier On", the newest single and visualizer video from Megadeth's forthcoming album The Sick, The Dying… And The Dead, has premiered online. The album hits the streets on the September 2 via UMe.