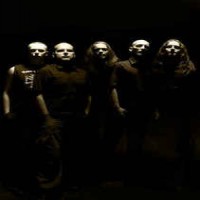 Polish experimental black metallers Mord'A'Stigmata announce that their new album Like Ants and Snakes will be released on November 4 via Pagan Records. In tandem with this announcement, they have revealed to us a brand-new song, "Blood Of The Angels", from the upcoming album. Check out the tracklist and the new song below.

The band comments: "We would like to share with you a first piece of our inner vortex called 'Blood of the Angels'. The first step on a path of burnt bridges. The only way we know."