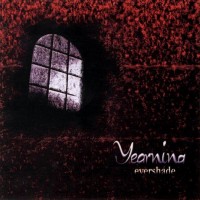 
01. Nocturne:
I came up with this really massive funeral atmosphere with keyboards, very solemn and majestic feeling in it and built guitars around that. I really wanted this one to be the opener for the album. At first I had this tremolo part at the end of the song with a classical guitar, but it would make this intro too long and imbalanced, so I replaced it with a more simple acoustic guitar part that's a bridge straight to the second song. Lyrics for this song were the last I wrote for this album. They are influenced by some books I've read and a view where you see existence as a hopeless struggle.

02. Statues Amidst a Frozen Sand of Time:
This one was also basically composed with keyboards and I added guitar melody to the chorus, guitar solo etc. later. There's quite catchy chorus in it and strong melody lines. The lyrics are about people I've seen who have lost their lives and have got nothing to hold on.

03. Conditio Humana:
I remember coming up with chords of the chorus with an acoustic guitar during a terrible hangover and on the album chords are played with keyboards and I've made different distorted guitars and melody lines upon that. The lyrics show people as a complete strangers to each other.

04. Aureole:
This is an interesting song with many great parts. On the whole it's very melancholic, but beautiful one and there's a lot of power also. I had this certain kind of depressive picture in my mind I try to describe in the first two verses. After I had made these two I continued writing in the middle of the night with a whiskey bottle and there's contemplation of suffering influenced by what Dante describes in his Inferno and there's a loaning from a Kafkas novel that's really surrealistic, hopeless and ends up with almost non-existent main character dying, 'though it really has been quite questionable if he ever even existed.

05. Evershade:
I do change instruments and try out different things and instrumentation while composing and arranging. The verse of this song is composed with a guitar and after that I've come up with these chords with keyboards and added the guitar melodies etc. On this track there's a n instrumental part that's almost exactly the same as a certain part in the 5th symphony of Shostakovich, but with a double bass drums added. So he will turn in his grave. First verse of the lyrics was written while being drunk and the rest of it is very typical YEARNING lyrics; grayness, emptiness and hopelessness.

06. Deathbearer:
This song describes my confused thoughts after the friend of mine who was also a big fan of YEARNING committed suicide in the autumn 2002.Musically there's mellow parts, really massive orchestral parts and very melancholic, melodic chorus with these lowering chords. Sounds like YEARNING.

07. Contemplation:
This is very orchestral, powerful song dealing with inner inconsistence. I read of review of the "Evershade" from this website and I have to correct you, that these vocal parts where there's these harmonies, many voices together are actually sang and not sampled. This choir-thing appears also in this song. The ending of the song might sound like it would have been made under influence of some drugs, but it's not true.

08. A Day When the World Started to Weep:
This is a hell of a trip both musically and lyrically. It might be well the best orchestral piece of progressive doom-metal ever being modest. I don't want to explain the lyrics, they can be read from the sleeve anyway. Musically this is very majestic and took a lot of time to arrange all these parts together. Well, it's an epic lasting over eleven minutes, so it must become our greatest hit. I just wanted to do this megalomaniac song and I think it's not boring at all 'cause there's so many different parts and a lot of things happening all the time.