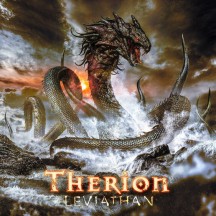 
With Leviathan, Therion give you exactly what you want.

Therion's 2010s have been a bit rougher than their 90s and 00s. Their career has always seen them shift from one album to the next, more or less, but starting as a death metal band, slowly developing symphonic metal, taking on various concepts, has given rise to plenty of well received albums through those decades. 2010's Sitra Ahra, though pretty stylistically similar to the albums that came before it, proved to be pretty forgettable in the long run. 2012's Les Fleurs Du Mal saw Therion covering old French pop songs, that was a pretty controversial move. Though not as controversial as 2018's Beloved Antichrist, a 3-hour 3-part opera. An operatic metal band doing an opera, a shocker indeed. And this is where we are today, a world where both Therion and symphonic metal in general feel like they've reached a tipping point.

So, where else to go? Another controversial concept album? Well, Leviathan might prove to be pretty controversial regardless, but its intent is pretty straight-forward. Leviathan is an album that is very self-conscious about being a sell-out album. Though not overtly, it basically a "hit" album, where every part of what has been challenging about Therion's music has been stripped in favor of just 45 minutes of balls-to-the-walls symphonic metal. It isn't "sell-out" in the same way that Metallica releasing The Black Album was, but akin to a hypothetical in which Opeth just say "fuck it" and come out with a new album with growls and big riffs. Beloved Antichrist felt like the music that Christofer Johnsson wanted to make, but his fans didn't. I'm not sure yet if this is the opposite.

The album has a really artificial feeling, like it grabs you and yells "Isn't this exciting?" in your face. The trick is both that Therion are still one of if not the prime symphonic metal band, and that the album is a bit tongue-in-cheek about its nature. I'm not sure if the same trick would work if Nightwish pulled it. Therion have some tricks up its sleeve. For one, they borrowed Nightwish' (ex now, but he was still in the band when this was done) Marco Hietala for one track, also bringing back Snowy Show and Mats Leven, the former on drums and the latter on vocals, while bringing some new vocalists in the fold (Scardust' Noa Gruman, The Loudest Silence's Taida Nazraić, and Rosalía Sairem), with Chiara Malvestiti also returning. As far as the songs go, they're about as great as you can expect from Therion willingly writing only arena rockers. The timing might be a bit off for those, but each of these would be an absolute blast to hear live. But would I rather listen to this than anything from Live Gothic's setlist? Maybe just "Tuonela". Maybe.

I guess one's enjoyability of this, granted that they're already a symphonic metal fan, relies a lot on whether they buy into the authenticity of this. But then again, Therion has released a lot of authentic stuff in the past decade that wasn't so well received, so maybe there's something else. I'm sure some people will not be pleased until Therion artificially recreate Of Darkness... instead of Gothic Kabbalah, so if even this fails to rekindle some flames, maybe that is the last resort.

But regardless on your feelings about the album's authenticity, no one can deny that this album's biggest crime is the font used for the album title.

Written on 19.01.2021 by
RaduP
Doesn't matter that much to me if you agree with me, as long as you checked the album out.
More reviews by RaduP ››