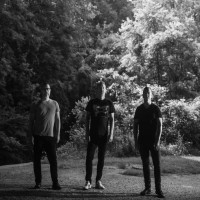 The new Locrian album New Catastrophism, their first release in seven years, will see its official release on August 12 via Profound Lore Records. Monolithic and immersive dark ambient / experimental / drone being the paramount expression with this opus. Alongside the upcoming long player, the band will also be releasing the Ghost Frontiers EP that will come as a bonus disc with the CD edition, a bonus digital download with the LP, and released through all digital channels on August 12 as well.

New Catastrophism and Ghost Frontiers were recorded and mixed by J. Robbins, mastered by Brad Boatright, and features artwork by Trevor Paglen with design by Chimere Noire.