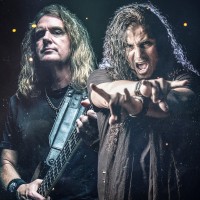 Newly formed band Ellefson-Soto released a new lyric video for ''The Reason'', taken from their upcoming debut, Vacation In The Underworld, that will be released in Europe via Rock Of Angels Records on November 11, 2022 and rest of the world via Rat Pak Records on October 7, 2022.