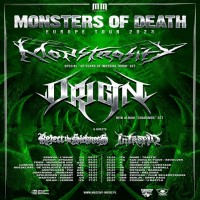 The group's main man, Lee Harrison, had this to say about the current status: "We've been primarily focused on recording the new studio album. We wanted to take a break and do some live stuff to let everyone know we are still kicking. I've been working on the new record with guitarist Matt Barnes. Matt has been with the band since 2010 and he has become an important force in what we are doing now. He has really come into his own on this upcoming album and I think people will be blown away when they hear it. We have guitarist Justin Walker, who did the 2019 Europe tour and has been playing with us off and on since then. He’s young and is a team player, so it's nice having him on board. Our original bassist, Mark Van Erp is back in the lineup. People will remember Mark from the Imperial Doom album back when George Corpsegrinder was fronting the band. He's always been a killer bassist and things worked out where it made sense to bring him back in. On vocals, we have been working with Ed Webb, who people may remember from his previous tenure with the band Massacre. Ed has been with us about a year now and it will be good to get out on a full tour and really stretch out with full sets every night. As for the tour, we wanted to give everyone a preview of what we have coming up in the future. The new album is turning out great, but there's still a lot of work to be done so we didn't want to wait to get back on tour. It delays the album a little, but it also keeps us in the fan's minds while they're waiting instead of being quiet for too long." 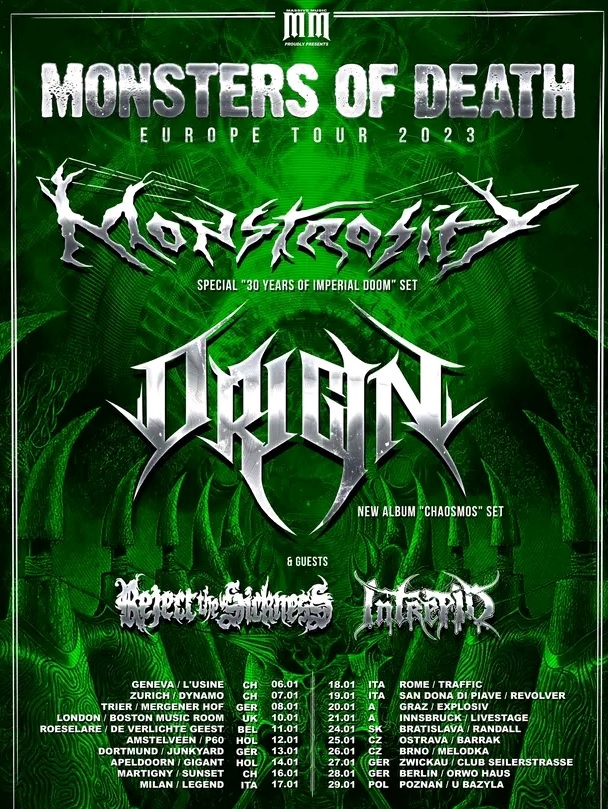