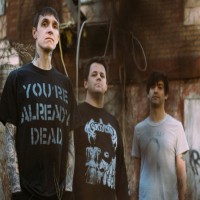 I found out about Uniform through them doing two collaborations with The Body, the latter of which I reviewed, and one that I liked because it presented aspects of both bands, and I would grow to appreciate Uniform's more and more. Diving into their back catalog I was impressed by the industrial and noise rock sound of the band, and I obviously wanted to know more about them, especially now that they have a new album upcoming.

Hey, thank you for taking the time to answer our questions, and sorry for the big delay!

Thanks for having me! Excited to shoot the shit! 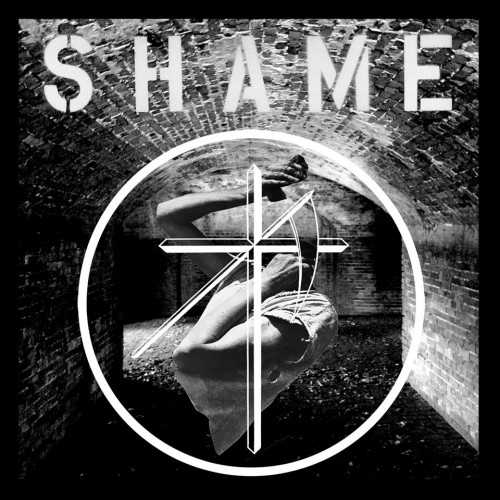 First listening to some of the Uniform full lengths, I was immediately gripped with a feeling of "this is such a great fusion of hardcore and industrial". But I couldn't really put a finger on which one you all really lean more toward. Do you see yourselves as sitting more in one of those camps than the other, or do you not really give much thought to it?

It kinda depends on the moment. I mean, I don't think any of us have ever felt compelled to write genre defined parts when it comes to Uniform. What we make comes from a composite of influences, and it is hard to say what exactly informs what. At the end of the day, we just consider ourselves a punk band.

I feel I would be remiss to ignore the abrasive, noisy elements in Uniform as well. Do any of you all have prior background in the noise genre, and if so, how do you feel you went about incorporating that to Uniform?

We all do, to degrees. I've played in an industrial group for years called York Factory Complaint and have consistently done solo power electronics stuff. Ben's produced the last handful of Pharmakon releases. Sharp's solo work is very much informed by multiple schools of experimental music. I feel that our incorporation of noise elements is just an extension of our individual tastes and musical habits. It is a pretty natural occurrence.

The Body, who collab with just about everybody, seem to have pulled you all into their camp for two collab albums in recent years. What did you all really get out of the process, and do you see yourselves doing more collab albums in the future with other artists? If so, who might be on your radar?

The Body and their producer, Seth Manchester, are very dear friends. If anything, working together gives us an excuse to hang out. Collabs for me are bonding experiences with people I respect, so I certainly hope to do more of them. When we toured with Boris last summer the two bands would play "Akuma No Uta" together most nights, and it felt amazing. I'd love to work with them again. As far as who else we'd like to play music with, the list is pretty long. We'll see how things shake out.

You recently announced a new record, one that seems to have some narrative/literary inspiration. What can you tell us about that?

I was reading a lot of hardboiled fiction and American Southern gothic stuff in tandem with writing this record, which is semi autobiographical. The self loathing introspection and agonizingly flawed nature of the main characters of these books spoke to me and directly informed the way I wanted to frame my story. I was attempting to pull more from Raymond Chandler and Flannery O'Connor than, say... Ray Cappo and Ian MacKaye. In some ways, I wanted this to be thematically the inverse of many hardcore records. Hardcore has a tendency to wag fingers at society at large, without taking any kind of inventory on how they perpetuate the problems they are trying to address. I wanted this record to focus on the source of the poison that feeds into the rest of the world, which so often starts with the self.

Did you have any second thoughts about enlisting Mike Sharp purely not to have two Mikes in the band?

Nah. Most people refer to us all by our last names anyway. If our first names ever do come up, most people call me Michael and him Mike. It's funny because I kinda hate being called Michael. That shit just sounds so formal. Oh well, it's my own fault for crediting myself as Michael consistently throughout the years. I dug that ditch so I might as well lay in it.

I saw that Mike Berdan guested on recent Couch Slut and Lingua Ignota stuff. How did that come to be? Might we ever see them returning the favor?

Both projects are close friends who I admire deeply, and getting asked to guest on those records are true highlights of my working life. The people at the creative helms there are forces of nature, full of power beyond compare. I'm humbled to be involved. As for if they'll appear on some of our stuff, I guess time will tell. I'd be honored to work with either of them again.

The drum machine gets a lot of bad rep when it's used as a stand in for actual drums, but it has its own appeal when it's not. What is it that makes the industrial and inhuman nature of the drum machine so appealing?

The drum machine was simply a means to an end for us at the beginning. Me and Ben are temperamental enough on our own so we didn't want anyone else around who could potentially complicate things. Making electronic music for a long time, a drum machine seemed like a reasonable enough substitute. The mechanical nature is a very different flavor than can be replicated by a living person no matter what, and vice versa. I'm drawn to the cold, disassociated feel of mechanical drums. For a certain kind of music they just sound more menacing. 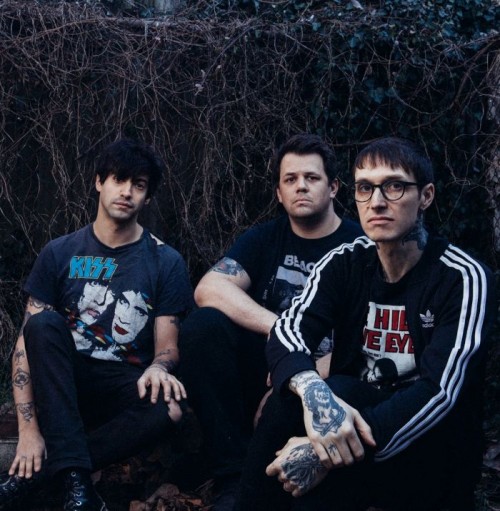 How was it having Greg Fox as a drummer, and how did the approach to percussion change then, and how do you approach it now with Mike Sharp?

Greg is a wonderful human being and an incredible drummer beyond comparison. He brought a precision to The Long Walk and to our live show like nobody else could. When it comes to having a human replace a drum machine, you can't do better than Greg. Sharp has a completely different style that is equally impressive and intimidating. I don't think I'll get much debate from anyone familiar with his body of work that he's one of the greatest hardcore drummers out there, period. While he's mostly known for heavy music, his style and taste is so much more varied than that. The guy is unbelievably versatile in a way that we truly need. It's a joy working with him.

Now that you tried having a drummer as a third member, what's next? A saxophonist? A Hammond organ player? A celloist? Or two more drummers?

Well, there's a bunch of bass on the record so we should probably get a bass player at some point. Interesting that seven years into our existence we're morphing into a typical band of middle aged dorks. I bet everyone is very excited.

If you could have the power to get any musician in the world to start an industrial music project, who would it be?

I've always been blown away by the skill and versatility that Mick Harris brings to all of his projects across about a billion genres, so probably him.

With Florian Schneider's recent passing, do you think that Kraftwerk, even if sometimes referred to as "electronic music's Beatles", do not exactly get the attention such a name would entail? On the opposite end, do you think there's any 70s synth band that should get more credit instead?

I think Kraftwerk get their due. I mean, techno started when kids from Detroit got into Kraftwerk and electro/hip hop pretty much started the same way in New York. I feel that anyone who has spent even a cursory amount of time adjacent to electronic music knows that nothing would exist the same way without Kraftwerk. Who think deserves WAY FUCKING MORE credit than they ever get are the young black kids who took Kraftwerk's template and made it their own. My mom, a casual radio listener, knows who Kraftwerk are. I can't say the same about her knowledge of Juan Atkins and Frankie Knuckles. This is the fault of the way popular music at large is filtered, and it's fucked.

Suppose your label or someone else was making a Kraftwerk tribute album and you get to pick which song you'd wanna cover. Which would it be?

That's a tough one. "Spacelab", maybe?

Is there a single 70s song more terrifying than either "Frankie Teardrop" or "Convincing People"?

"Frankie Teardrop" is as menacing as it gets, to this day. I personally find "Hamburger Lady" to elicit more fear than "Convincing People" when we're talking about Throbbing Gristle's body of work.

How was it like hearing your music in Twin Peaks: The Return?

It was pretty shocking! To be honest, I'd never really seen the show before and so I lacked context at the time. Watching the series for the first time right now and i think I might just shit myself when I get to that part.

If you could get any living director (other than the obvious David Lynch) to direct a music video for one of your songs, who would it be? Did you get any closure from the last episode?

It is days like this when songs like "Bootlicker" would feel most relevant, if only lyrics for it where available. Have you ever had second thoughts about not publishing your lyrics before recently?

My lyrics before now were largely stream of conscious, culled together from rough outlines during the recording process. In a very real way most of the lyrics were never once written down. Outside of that, I held what I said close to the vest because it just felt too personal and I was terrified of being misunderstood. I'm operating differently now, in a way that calls for a different kind of structure. Happy to include the lyrics now but I don't regret not including them before, if that makes any sense.

How do we get out of this mess?

The simple answer is to act in accordance with the whole "Do unto others as you would have them do unto you" thing. Doesn't look like that is gonna happen anytime soon and without significant struggle. In the meantime, white hetero dudes can listen to and believe people when they say that something impacts them negatively. Act accordingly and stand with those who don't benefit from the same privilege. Oh, and abolish the police and reroute all of the money wasted on that and every other misstep in the bullshit war on drugs towards housing, education, rehabilitation, and other social services.

Anything else you'd wanna add for our readers?

Once again thanks to Apothecary for helping out with some questions.

Posted on 06.07.2020 by
RaduP
Doesn't matter that much to me if you agree with me, as long as you checked the album out.
More interviews by RaduP ››