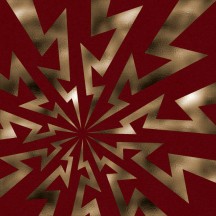 
Lese Majesty features exactly the type of songwriting I was hoping Bölzer would pursue after Hero.

The Swiss duo Bölzer won a good deal of street cred earlier in the decade with their Aura and Soma EPs, featuring thunderous blends of blackened death metal with a distinctly modern twist. They followed them up in 2016 with a proper full length in the form of Hero, which generated something of a mixed reaction in yours truly. While it moved in a more epic, melodious direction that was quite enjoyable, it did so almost at the sacrifice of the riff heavy, memorable compositions of the band's earlier history, and felt as though it was missing some vital element of forward momentum. 2019's Lese Majesty essentially merges the Hero sound with the more riff driven sound of Bölzer's earlier days, resulting in a formula that feels more balanced, cohesive, and mature. Opener "A Shepherd In Wolven Skin" establishes a style that is more or less followed throughout the rest of the release: catchy and full of energy, but with an underlying sense of harmony and warmth that was lacking with the band's earlier material.

On Lese Majesty Bölzer still retain many of the more epic elements from Hero, but here they appear to have exerted a lot more control over how they're integrated into the music. Particularly notable would be the use of clean vocals, a polarizing ingredient that first reared its head on Hero and seems a lot more refined here, better positioned around the harsh vocals and seeming to be utilized primarily during the climaxes of the compositions. Additionally Bölzer seem a lot more comfortable experimenting with atmospheric, ambient type moments, such as on the interlude-like "Æstivation," a technique I'd definitely like to see them play around with more in the future. With all that said, Lese Majesty still maintains a certain gravity with the upbeat, riff heavy style that forms the bulk of its compositions (see "Into The Temple Of Spears" especially), a gravity that doesn't feel as compromised as it was on Hero.

With Lese Majesty Bölzer really seem to have learned from both the successes and failures of Hero, taking the more dynamic and atmospheric ingredients from that album and using them as more of an embellishment upon their compositions than as the predominant element. The result is a release that sees the band going back to their more riff based fury, but also upgrading that approach with an added sense of nuance and ambiance. Love it or hate it, one thing that can't be denied about Bölzer is their commitment to evolving their craft. Compared to where they were at the start of the decade, the band have grown a lot in terms of sound, and Lese Majesty closes out the decade on a considerable high note for them while also generating much curiosity about just where they may choose to go from here.

Written on 04.12.2019 by
Apothecary
Comforting the disturbed and disturbing the comfortable since 2013.
More reviews by Apothecary ››