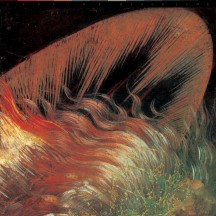 
Sure, skip this review, just like you skipped on buying Amazon stocks, and Google and Apple. Need I go on?

I'm sure you think you're too busy to listen to the albums we review. You wanna see busy? I've got enough albums to review to hide the sun, but that doesn't stop me from listening.

Jokes aside, Respire's Black Line is the late 2020 album that really made me use this attention grabber I've been saving for a few months, because I really think you should listen to them, and to Black Line in particular. Being a Canadian sextet formed in 2013, they've managed to form a "post-everything" sound. And indeed there are a lot of bands who succeed at being post-everything and each of them in a distinct way. Respire are more on the screamo/post-hardcore side. And since they're screamo, they're pretty close to blackgaze, and then they're also close to post-rock, which in turns almost borders on modern classical. And then some.

Looking at the credits for Black Line, you'll notice usual stuff like vocals, drums, bass and guitars, but three guitars seems indeed quite a big undertaking, but when two of the three guitarists also play synths, vibraphones, glockenspiels and banjos, it becomes clear that there is a lot going on in the soundscapes of the album. And I didn't even mention the sixth member playing violas and pianos. And that's just the core members, since Bandcamp also lists an "extended family" of people performing vocals, trumpets and saxophones. So... uhh... brass screamo I guess. It can get a bit overwhelming keeping up with how many people are performing, and that's something you get both while looking at the credits and while listening to the album, but the latter has a way of making it feel overwhelming in just the nice ways. So kind of like the fellow Canadians in Godspeed You! Black Emperor, but with more Envy and Pyramids.

Considering the genres at play, it should come as no surprise that Black Line is a pretty emotional record, with the number of voices on the record giving it a collective therapeutic treatment, even though most of the time they're on the screamo side of the spectrum and can be quite hard to distinguish, but it does make the album feel like an emotional safety net. A lot of the impact lies in contrasting the harsh and heavy sounds and feelings of the hardcore and metal parts with the hazier and more serene post-rock parts, which is an approach almost as old as most of these genres, but what Respire do best is create this ambitious and overwhelming rollercoaster of sounds and emotions, so even if bands have contrasted heavy and light sounds before, it really feels like Respire are trying to push this idea to the limit by constantly pushing and pushing each sound by injecting bits of noise rock and sludge and shoegaze and chamber music into what already was a melting pot of swirling sounds.

Written on 04.01.2021 by
RaduP
Doesn't matter that much to me if you agree with me, as long as you checked the album out.
More reviews by RaduP ››