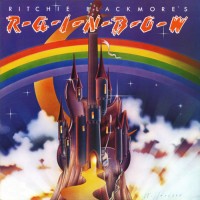 
The 70s brought us so many legends of hard rock, such as Black Sabbath, Deep Purple, and Led Zeppelin. Amongst those big names came Ritchie Blackmore's Rainbow, which, like those early hard rock bands, had a totally unique style, one that would would over time contribute to the formation of heavy metal. This debut certainly led to great things, both for the musicians that were involved and hard rock as a whole.

Rainbow's highly impressive debut signalled the start of the hard rock supergroup, which would go on to produce some of the best music in hard rock history. This was all down to such a classic line-up of course, most notably the legendary lead singer, Ronnie James Dio, who joined Blackmore and the band after leaving his former band Elf. Although Ritchie Blackmore's Rainbow was originally set to be released as a solo album by Deep Purple's lead guitarist Ritchie Blackmore, Blackmore himself stated he should havecalled it Ritchie And Dio's Rainbow instead, due to Dio's massive contribution to the band.

Although the majority of hard rockers consider Rainbow's next release, Rising, to be their true masterpiece (myself included, in fact), Ronnie James Dio himself considered his favourite Rainbow release to be the debut, and you can understand why. Although I personally found Rainbow's Rising as their finest work, this debut was full of great moments and set the benchmark for what was to become.

The album contained several cover songs; "I'm Still Sad" which was a song originally by The Yardbirds, which Rainbow performed as a short instrumental track, and "Black Sheep Of The Family", which was a song originally by Quartermass. Rainbow also performed their very own take on the famous medieval classic, "Sixteenth Century Greensleeves", and provided us with the soft classic ballad, "Catch The Rainbow", one of the earliest examples of a classic heavy metal ballad, with an outstanding vocal performance from Dio. My personal favourite song, "Temple Of The King", for me showed the band's true greatness; it's an incredibly well-written ballad, inspired by far Eastern folklore, and with some beautiful acoustic melodies by Blackmore, which showed his capability in playing various guitar styles. "Man On The Silver Mountain", also a common favorite, is probably the most signature-sounding Rainbow song on the album, with the heavy melodies, cool main riff and catchy lyrics that would come to define the sound of Rainbow.

This album was a real turning point in hard rock, and in Dio's career also; from here, Dio would begin his long line of songs in which he would use the imagery of a rainbow; he even continued the rainbow imagery later in his own band. Dio's powerful vocal range, and the fantasy and heroic lyrical content, would later go on to inspire the early power metal scene much later down the line. Rainbow would go on to a more glam route after Dio's departure after Long Live Rock 'N' Roll, leaving behind the legacy of Rainbow's original line-up.