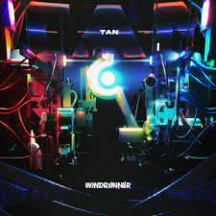 
As much as I appreciate all that the great metal that the likes of the USA, UK and Nordic countries have produced, there’s something inherently more exciting about discovering bands from underrepresented countries in the metal world, whether it’s ambient/folk/black metal from Ethiopia, death metal from Ecuador, or djent from Vietnam.

The last of those refers to Windrunner, who certainly aren’t the first metal band to come out of Vietnam; there’s a whole documentary about the history of metal in the country. However, they are the first band from the country that I’ve meaningfully listened to, and it’s been a very enjoyable first encounter for myself. Currently a four-piece following the departure of their drummer David Hudd in 2021, I don’t know whether the drums are Hudd’s final work prior to leaving or are someone else’s work (or programmed), but they sound good, as does the entirety of Tan, an album that, while not being a revolutionary take on the djent/metalcore sound, has enough to it to shine in its own way.

Fronted by Nân (but supported by guest vocalists on certain songs, such as Tobias Rische of Novelists on “Sardonyx” or Valiant Hearts’ Tom Byrne on “Scarlette”), Windrunner most immediately bring to mind Spiritbox, and not just due to both being a djent/metalcore band with a female lead vocalist; the likes of “Mahogany” and “Charcoal” bear hallmarks of some of Spiritbox’s material. However, that’s more the material from Spiritbox’s early EPs instead of the more streamlined Eternal Blue; this album has its share of metalcore in its composition, but this is a proggy and atmospheric album, with some more meandering structures and spacious soundscapes that work really nicely. Without dwelling on the Spiritbox comparisons for much longer, it’s natural to compare Nân to someone like Courtney LaPlante. She doesn’t have the power that LaPlante delivers in the most powerful moments, which does become noticeable in certain sections of songs that would have benefitted from a bit more force, such as in “Scarlette” and “Ivory”, but for the most part, the more delicate and ethereal (and slightly synthetic) touch that she brings works really nicely, even during crunchingly heavy sections.

Musically, as I mentioned, this is a record willing to spread its wings and avoid going straight for the jugular, which becomes clear from the off with the opening title track, a short yet convoluted cut that has a bit of Monuments at their more spiritual to it, with Nân faintly gliding over the surface. A feature of this track, and of the record as a whole, is the consistent presence of these delicate clean tones (I’m not sure if they’re coming from a guitar and/or electronics) that adds a certain aura to the record; they persist throughout the entirety of “Lavender”, from the quietest moments of serenity through to the crunchy djent rhythms and screamed sections. It’s an intelligent addition, considering that the band spend as much, if not more, time focusing on TesseracT-style atmospheric djent-prog than they do on moments of crunchy metalcore aggression.

After a 2021 during which I discovered numerous quality djent albums, it’s been an underwhelming 2022 so far except for the big names, but Tan is the first new discovery that’s got me actually excited. It’s got a good balance of memorable hooks and pleasant atmospheres, and there’s a few really tidy songs that repeatedly caught my attention during playthroughs. “Raven” has some beautifully dark vocal hooks (so much so that, even though I still pick up on the lack of power in the vocals at times, it doesn’t detract) and a great guitar solo to finish, something that closer “Cyan” also has in its locker. “Mahogany” also delivers with the memorable chorus, one that’s more upbeat and slick while being similarly engaging. I enjoy almost all of the songs here, but those three in particular stood out to me.

It turns out Vietnamese djent sounds pretty similar to Western djent, but as someone who’s heard a good number of djent-core records in the last 18 months, I still found Tan to stand out, thanks to both the vocals and Windrunner’s more melodic inclinations. Although there’s moments where the execution doesn’t quite deliver the intended impact, for the most part this is a really decent and enjoyable listen.

Written on 07.04.2022 by
musclassia
Hey chief let's talk why not
More reviews by musclassia ››