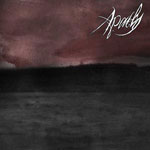 
After a really good demo "Cold Endless Winter" released in 2006, Apathy, the project of a young Swedish musician Viktor Jonas, is back to give you the chance to listen to the first album. Accompanied by Mattias Wetterhall for the vocals and Sebastian Gustafsson for the bass, the band proposes one more time a mix of Death Doom and Progressive Metal. I invite all the people who use to listen to Katatonia and Opeth to have a look as soon as possible on this new release because we're in front of a real masterpiece in the genre. I already consider "A Silent Nowhere" as one of the best releases of the genre this year, why couldn't you think the same as me?

"A Silent Nowhere" is a beautiful album and Viktor Jonas didn't do any mistake when he has composed the nine songs of his new release. One more time the music of Apathy is a blending of Doom Metal a la Katatonia and old Anathema with Progressive Death a la Opeth. Melancholic but always touching and beautiful, "A Silent Nowhere" is a great surprise for me. I was expecting something good from this band but this album is more than a confirmation, this is the living proof that this band must be considered now as one of the real pretenders to the few places of the best bands of the genre. With an alternation of acoustic guitars, piano and finally big riffs and Death vocals, the album is varied. The general melancholic atmosphere gives really nice feelings, there is something else than simple music on this album. Even if the songs are slow (or mid-tempo) in general the Progressive and complex sides of "A Silent Nowhere" give good variations and I doubt that anybody here will find this album boring in the end.

Even if Apathy is a one man project, all the musicians featured on the album are more than convincing. With a great production "A Silent Nowhere" doesn't have any negative points and even the drums programming sound real. We even have really technical guitars soli played by Serge Farinas and Johan Dyyk which fits perfectly to the music, really it's hard to find something bad on this release. For a first album I think that Apathy has released a great album and I think that the band will become famous in a near future.