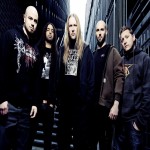 Vocalist Leif Jensen checks in with the following comment: "It is done! After long weeks of intense work, we are finished tracking and mixing this new album... What a great feeling! The new song-material is totally fresh and energetic to us and I hope all you thrash maniacs will dig it as much as we do! Despite the band's line up changes, we are pretty much staying true to our traditional stylistic formula and tried to combine the best of our 80's thrash metal roots with the punch of a modern production and an utterly aggressive performance! Look out!"

Invocation will contain 12 songs in its regular edition. Here is the exact tracklisting:

Invocation will be released May 24th, 2010 in Europe via Metal Blade Records and May 25th, 2010 in North America via Prosthetic Records. More details coming soon!