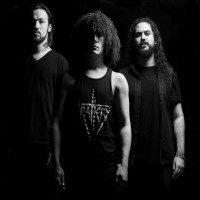 Spanish outfit Trallery have unveiled three live videos under the name 'Live At Home', recorded at their studio, one for each of their official albums. In other news, the trio is currently working on the new material. In a recent interview, the band stated that half of the songs for the new album are already composed. The album has no title yet, but it will be a concept album. They've also emphasized that: "We're not a thrash metal band anymore. We were a thrash band in our beginnings, but not anymore".