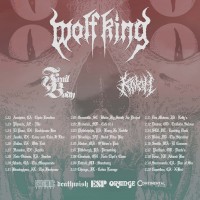 Following their recent run of live US dates, Wolf King have just announced a January/February headline US tour. Frail Body and Knoll will be supporting them on the road. All confirmed shows listed below.