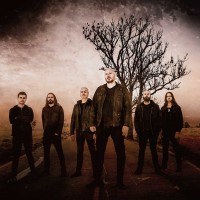 Experienced Swedish metallers Soilwork are welcoming bass player Rasmus Ehrnborn to their permanent line-up. Rasmus has already been active live with the band since 2019 and also recorded tunes for the band's last EP release A Whisp Of The Atlantic as well as upcoming studio album.

Soilwork shared the following statement: "We would like to kick off by welcoming Rasmus Ehrnborn to the Soilwork family and announce him as our official bass player and full time member of the band. Rasmus has been onstage with us ever since the 2019 Verkligheten campaign and recorded our EP A Whisp Of The Atlantic as well as our upcoming album that is due this year. Rasmus is a world class musician and has truly become an important member of the band, and we look forward to seeing what the future holds for this new constellation."