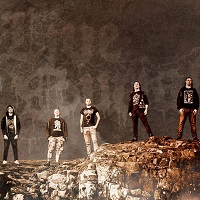 British death metal representatives Live Burial have extended deal with Transcending Obscurity Records for another studio album release. Entitled Curse Of The Forlorn, it was recorded by Dave Curle and mixed and mastered by Dan Mullins. Cover artwork, which can be seen below, was handled by Luke Oram. One of the songs from the upcoming album, "My Head As Tribute", is available for listening via YouTube. Additional info coming soon.


Statement from the band and Transcending Obscurity Records: "We are excited to announce the continuation of our partnership with Transcending Obscurity Records for the release of our third full length record, Curse Of The Forlorn. The response to our previous album Unending Futility was incredible and fans of that record will not be disappointed.

"The album was crafted throughout the pandemic, which really allowed us to focus on the songwriting and elevate our sound to the next level. We have reamped up every element of the previous release and you can expect to hear us at our heaviest and most aggressive across this release, with a diverse set of songs.

"Whilst the record is primarily an old school inspired death metal sound, there are traces of black metal, doom metal, thrash metal, heavy metal and more. The song structures are more intricate, and you can expect to hear a lot of different layers across the span of the album. We are very confident when we claim that this is our most accomplished work to date.

"The recording process for Unending Futility ran extremely smoothly so once again we have utilised the skills of Dave Curle (recording) and Dan Mullins (mixing and mastering) for Curse Of The Forlorn. Artwork was handled by the talented Luke Oram once again and we feel this piece really captures the atmosphere that the music invokes. We are also pleased to confirm guest appearances from Dan Rochester (Cruciamentum, Vacivus) and Alex Durning (Nemorous).

"We would like to take this opportunity to thank Kunal for placing his trust in us once again and to everybody involved with the creation of the album. Finally, we would like to thank everybody who has supported us and we hope you enjoy listening to this record as much as we did writing it." 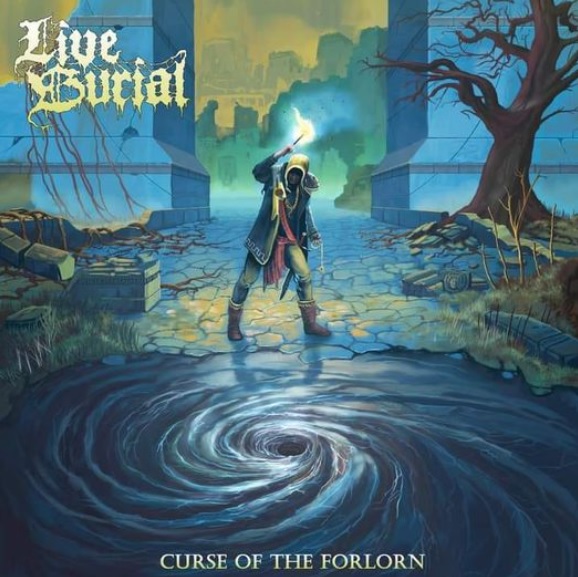