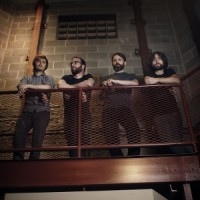 - Hello, first of all I want to thank you for allowing me to interview you. Now, can you please introduce briefly "Pelican" to the people who are not familiar with the band?

Sure. We are a four-piece instrumental band based out of Chicago.

We've been playing for about five years and have released two full lengths and two EPs on the HydraHead record label.


- Now to my first question, is there a deep reason for choosing "Pelican" as your band's name? I mean, is there something behind it?

It's actually a pretty silly story. Right around when the band was getting started, our friend Simon was working a PETA literature table at a Pretenders show with a female friend of his. All night some drunk guy kept hitting on his friend. The last ditch pick up line he used before she bailed was, "Hey, do you want to check out my Pelican tatoo?" When Simon recounted this story to Laurent and Larry later that night, it struck a chord with Laurent as being a good band name.

We've always been drawn toward nature-based themes, so an animal name, and especially one that conveyed a sense of flight, seemed appropriate for the band.


- The music Pelican plays is really profound in many ways, what do you want to transmit or express to the people who listen to your music, any emotion or feeling?

It is too easy to give up hope and decide to watch the world crumble around you. We want people to yearn for change and empowerment in their own lives. 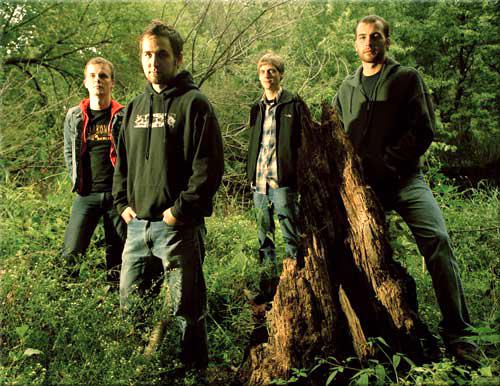 - Since you have no vocals, is it harder for you to print a narrative towards the music? I mean, about the sequences and structures musically speaking.

The songs suggest their own narratives. What I mean is that the songs are not consciously structured; usually Laurent and I will play riffs that we've written together and let every riff or chord change sort of suggest where it wants to go next.

It's sort of a process of listening to ourselves and our own playing and feeling out what feels like a natural progression for the music.


- And about the song titles, since there are no lyrics in those tunes, how did you come up with the titles for the songs? And what do the names of the songs represent?

It's usually a matter of listening to the songs and searching our feelings for what a song associates itself with. There's a theme to our new record where to sought to find a parallel between the political situation in the US and the inevitable imposition of winter, so many of the songs are titled in a way that suggest the reversal of seasons.


- Let's talk about "The Fire in out Throats Will Beckon the Thaw"; this album has received very good responses from the press and the audience in general, what does this album represents to you?

It's the culmination of five years of hard work. I truly feel that everything we've done to this point was a process of finding our musical identity and that the songs that comprise the new record are the first step in our musical adulthood, so to speak. To me the record is about the friendship of the four members of the band finding a new means through which to communicate with one another and the world at large.

- How did you come up with the idea and concept of this album?

We started writing the record as soon as we'd finished recording our first album "Australasia". The writing process was similar to what we'd done in the past; Laurent and I would come up with parts and meet up to play acoustic guitars with each other and flesh out song structures. There were a few songs where we brought only a very few ideas to the full band and worked out songs with everyone present, which was a first for us.

Once the songs were mostly written we started seeking the common threads between them and discussing what was on our minds outside the band that was influencing the writing. I think many of the same things were bothering us: the political situation in the US, the relentless barrage on our mental well-being imposed by Chicago winters, and the monotony of full time jobs.

We knew that our music was an escape from these things and an encouragement to change them, so we chose the theme of reversing the flow of seasons as a symbol of the individual's quest for self-empowerment, which can also extend to the fields of politics or employment or many other things. 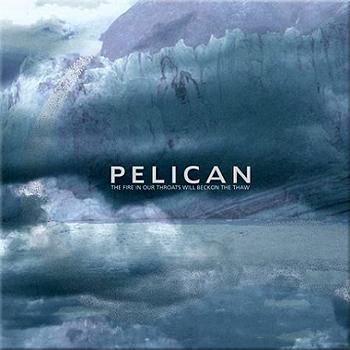 - Pelican don't go on tours that much, but which concert do you remember as the best one you've played.

We've begun touring much more frequently with this new album. The band has brought us so many different places and we've experienced so many incredible surprises in the form of playing somewhere we've never been and people there knowing and anticipating our performance. We played a big show in Tokyo with Mono this past summer and were very surprised and delighted how much anticipation there was for us. It was flattering.

More recently we were touring with Opeth and some shows fell through on that tour. We scrambled to book some make up shows in the towns we were missing, not knowing whether anyone would even be able to find out about the shows in time. All of them were great successes, which gave the shows a great vibe and made the sets very exciting. I cannot express how grateful I am that people came out on such short notice and sought out the shows in the first place.


- Which bands influenced you to create the music you write now? And please mention if there's any band out there which "Pelican" would love to tour with?

There are really too many to list, and the influences differ for each member of the band. We are all avid music collectors dipping into many genres and eras of music and all contrast a lot in our tastes and our playing. The biggest influence on our sound is each other; just learning each other's styles and learning how to play off one another's strengths as musicians.


- Pelican is a very artistic band as it is, other than music, what other artistic expressions inspire you? Who's your favorite artist?

We're all big fans of film; again, our tastes differ considerably from one another. I especially love the French New Wave of the 1960's: Jean Luc-Godard, Francois Truffaut, Alan Rensais. I am also a big fan of literature; I've been studying Dostoyevsky much in the last few years.

I'm not sure how much these interests inform the music that we make, but certainly the influence is felt on our personalities. 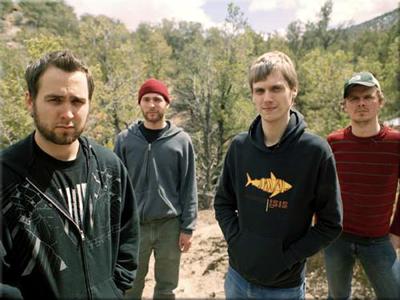 - Thank you very much for doing this interview. I really see Pelican as one of the most philosophical bands out there, so, can you please close this interview with a brief sight of what life means to you?

Life is a perpetual struggle against forces that would seek to impose their will upon your own. It is crucial to be mindful of yourself and your ideals and to try and make space in your life for expression of them.

People should really think more about nutrition. Besides the fact that crappy food is destroying consumers' bodies, the production of crap food tends to create pollution that harms the enviornment. My favorite food is raw, organic spinach. No joke.