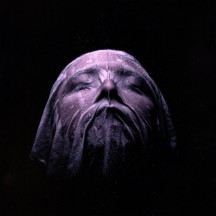 
Ok, what even is post-black metal?

There's somewhat of a difference between post-black metal or blackgaze, supposing that one takes more influence from post-metal and the other takes more influence from shoegaze, but they both have that "black" part in common. And sure, there are blast beats and some shrieks and riffing that sounds like black metal, but damn does the black metal part of a lot of these bands sound closer to screamo (not a derogatory term, you doofus) or melodic death metal (this one neither). A lot of bands like Harakiri For The Sky sound closer to Insomnium; or Deafheaven sound closer to pg.99 than Darkthrone. Whatever the case, this is not some gatekeeping "not real black metal" type of thing, just a curiosity about how a lot of these influences have been washed in favor of just calling the thing "post-black". So let's look at Numenorean for example.

Numenorean's debut, Home, was a stellar blackgaze release, but it sounded a lot like Deafheaven and it had a pretty eyebrow-raising choice for cover art. It did what it did and did it well, but there wasn't really anything to set it out of the box that the genre seemed to confide in. Now comes Adore, which seems to follow the footsteps of some other recent blackgaze bands like Astronoid that try to slowly leave said box. This is not a sudden or stark change, but definitely a noticeable one. And if Home was so great based on quality songwriting and performance alone, these qualities flowed into Adore as well.

Adore has a lot of tracks but is actually structured around five actual songs, each with varying runtimes between four and nine minutes, with the rest being sort of interludes and intros and outros. And even though the record is just around 40 minutes in length, there's such great pacing that the whole record feels a lot shorter, and it's not solely due to the interludes offering breathing moments and more mellow passages, as mellow passages and great diversity in sections is quite existent throughout the main songs as well. The alternation between mellow or acoustic passages and the blistering ones doesn't feel done visibly by the books and even the interludes feel like they do actually have a worthy place in the record rather than just filling up space or meeting the "mellow moments" quota. The main influence in sound still remains the same as in Home, but there's way more in terms of mixing the formula.

For one, a lot of the riffing and the song structures remind of some of the more progressive and atmospheric-oriented of the melodeath bands, basically taking a lot of what makes melodeath such a vital genre and applying it to the more Deafheaven-ish type of post-black, thus making it sound still somewhat distinct from the other post-black bands who take cues from melodeath. For example, the title track really feels like it takes cues from Enslaved and Gojira as well. And although the quite emotional hardcore vocal delivery isn't that far off from the screamo-oriented one already fairly present in the genre, there's also that section right at the end of "Portrait Of Pieces" which really felt like it was going to give into a hardcore breakdown, but instead it gives into the next song. And there are plenty of moments all throughout the record where Numenorean distinctly don't sound like Deafheaven, instead sounding like a progressive version of themselves with just enough infused black metal into their mainly post- sound so that the usual label isn't completely off. But let's be honest with ourselves. This is not a black metal record.

Maybe I'm nitpicking too much about genres and stuff that doesn't talk about how the music actually sounds like, but I hope I did get a bit of the point across that there's more to it in terms of how the sound is built from strengths of other sounds and how on Adore Numenorean managed to step outside of the mold of their main influence and craft an intricate and emotional album. So there's at least one album called "Adore" that features an actually good change of sound.

We must never be apart

Written on 18.04.2019 by
RaduP
Doesn't matter that much to me if you agree with me, as long as you checked the album out.
More reviews by RaduP ››