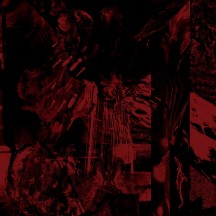 
"Picture black metal, but with absolutely no discernible melody and the distortion ratcheted up to the highest levels of malfunctioning washing machine. Picture drone, but at a grindcore pace and made up of sounds you've only heard burst from the Ark of the Covenant to melt Nazi faces."

I can get away with repurposing the writeup that our editor-in-chief used for Vessel Of Iniquity's MSA nominated album, Void Of Infinite Terror for two reasons: it's awesome; and our MSA page for any of the previous years no longer feature writeups, so I had to dig in our own forums for it. Sue me. What our EIC didn't know back then though, was that Vessel Of Iniquity's approach to unbelievable distortion would eventually be perfected. Though there have been a fair share of releases from the project, everything from the marketing to the quality control to this being once again released by Sentient Ruin indicates that this is a more serious album.

That might be overestimating the importance of this release. It's not like Vessel Of Iniquity is an up-and-coming act. S.P. White, the person behind Vessel Of Iniquity has a history of underground one-man releases going back 20 years, including a membership in The NULLL Collective. But just because you were at it for the past 20 years, doesn't mean that there isn't room for growth. And this is pretty much what is showcased here. If the previous Vessel Of Iniquity releases that I listened to barely had a semblance of songwriting, The Doorway turns that on its head. It feels like multiple of White's projects converging by injecting funeral doom into the chaos machinery that was Vessel Of Iniquity's sound.

Songwriting still isn't the main focus here, it's not really like there's any riff or melody that really blows me away, but I never expected anything of the sort from this project. Instead I'm blown away by how it sounds. It always sounds nightmare-ish, nauseatingly crushing, like an ominous permafrost. I wish I had a knack for better metaphors as terms of comparisons, but this does sound like the sound I've known this project for being polished into its uttermost terrifying inevitableness. Drum machine madness over abstract dissonance. Layers of noise upon monolithic and glacial riffs. Pace changes out of thin air. Everything that made the sound great up until now still stands, but it's been now injected with monolithic doom.

I have been pounded into oblivion. Industrial black metal is over. Go home!

Written on 11.08.2021 by
RaduP
Doesn't matter that much to me if you agree with me, as long as you checked the album out.
More reviews by RaduP ››