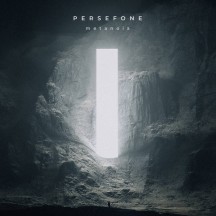 Persefone’s early career was very promising, with the likes of Core (with its gargantuan compositions) and Shin-Ken making the band notable for more than just being from a microstate that only otherwise makes headlines for losing painfully in European football qualifiers. However, 2013’s Spiritual Migration was an album that has really come to define the group; the focus on spiritual lyrical content, mixture of intense technicality with stirring melody, and rich atmospheres that combined so well on that record have laid the template for their subsequent records, first Aathma and now Metanoia.

Yes, this album is in a very similar vein to Persefone’s previous two albums; it’s clear that the band have worked out what works best for them and are now focused on writing the best music that they can within this niche. Well, it’s now a 3/3 success rate on that front; Spiritual Migration was a stunning album, and although I wasn’t quite as enamored with Aathma (I felt at times the band could be a bit too prog for their own good), I still thoroughly enjoy it. Metanoia, however, is a step up again from Aathma, and arguably the equal of Spiritual Migration.

In terms of general style, Metanoia is, as already said, very much like its two predecessors; there is a mix of very technically-minded, progressive melodeath, featuring frenetic bursts, ripping vocals and elaborate instrumentation, contrasted with very melodically-inclined and evocative clean sections, whether it’s a moving clean vocal section or something more atmospheric and ambient. The band’s MVP, Miguel Espinosa, continues to make the difference on both of these fronts; his cleans are often beautiful, and his keyboard work/electronics are an integral aspect of Persefone’s distinctive sound. However, performances across the board are predictably strong; the instrumentation is very tight considering how effortlessly the band throw themselves into sequences of highly complex arrangements, and Marc Martins’ growls remain an effective counter to Espinosa’s cleans, although there are a couple of times on the record where I feel they sound slightly rough (such as during the fastest parts of “Katabasis”), although that may be due to the production over anything else.

Now, with the basics covered, is there anything that differentiates Metanoia from Spiritual Migration or Aathma? For me, the thing that I feel distinguishes it from the former is that Metanoia focuses less on direct hooks akin to songs such as “Mind As Universe” or “The Great Reality”, and more on the general melancholic vibe; the music is very memorable on this album, but I feel like there’s a greater emphasis on stirring the soul than going for the jugular. On the flip side, I feel like it veers away from some of the excessive progginess that seeped into moments on Aathma; there’s nothing on this album that makes me recoil due to it feeling out of place or disjointed. One thing it does carry over from Aathma is the use of guest musicians; rather than Paul Masvidal, this time it’s Einar Solberg from Leprous who appears on the opening track, adding a haunting quality to the introductory title track that reminds you how good Leprous can sound when pursuing dark atmospheres such as these. Additionally, Merethe Soltvedt follows up her cameo on the multi-part closing title track of Aathma with a cameo on this record’s multi-part closing song, “Anabasis”, which also features Angel Vivaldi and Steffen Kummerer.

It’s pretty clear that I’m very enthusiastic about Metanoia, so by now you may be wondering what the highlights of the album are. I’m half-tempted to write ‘all of it’, as I think pretty much every song brings something great to the table. “Metanoia” sets the scene perfectly for “Katabasis”, which, as mentioned in the previous paragraph, veers away from immediate choruses; instead, Espinosa first sustains the ethereal approach of Solberg, before delivering a more forceful, impassioned climax in the final minute of the song, while the track features infectious grooves, gnarly technical riffs and pyrotechnic guitar/keyboard lines.

On the topic of the instrumental parts, there are a couple of excellent instrumental tracks on Metanoia; “Leap Of Faith” builds ever so slowly, with synths, strings and drums gradually solidifying before finally the guitars arrive in the closing moments, while “Consciousness Part 3” is a hugely successful callback to the “Consciousness” tracks on Spiritual Migration. The songs that do feature vocals are varied in approach and structure, but all feature killer moments, with the greatest of them perhaps being Espinosa’s climactic section in “Anabasis Part 2” (which actually namedrops Spiritual Migration), where he duets with Soltvedt.

Metanoia is very much as case of Persefone doing what they do best; everything positive that they’ve built across the previous two albums is further cemented across a captivating musical journey, one that provides all the grandeur and euphoria that their typical subject matter strives towards.

Written on 03.02.2022 by
musclassia
Hey chief let's talk why not
More reviews by musclassia ››