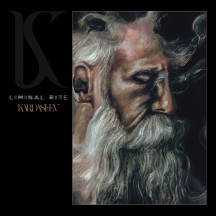 
01. The Approaching Of Atonement
02. Silvered Shadows
03. Apparitions In Candlelight
04. Dissever
05. Lavender Calligraphy
06. The Blinding Threshold
07. Compost Grave-Song
08. Cellar Of Ghosts
09. Glass Phantoms
10. A Vagabond's Lament
11. Beyond The Passage Of Embers


Gaze into death and be still.

It’s possible that time will come to mock these words, but it does feel as if, like Alexander, metal has no more worlds to conquer; every obvious avenue to ‘do metal but slower/faster/more extreme/sleazier/harsher’ and come up with something completely unique has seemingly been explored. Instead, innovation within metal mainly comes from finding new combinations of 2 or more genres to fuse together; the two breakthrough trends of the past decade, djent and blackgaze, relied on this, and even though there are occasional fruitful peculiarities, most metal fusions fall within the realms of conventionality. However, that doesn’t mean that bands can’t reap great rewards by exploring the space between subgenres, and occasionally an album comes along that is fresh, unique and inspired enough to reset expectations of what it’s possible for up-and-coming bands to accomplish in a genre that’s now over 50 years old. This has been the case for me with records such as Rolo Tomassi’s Time Will Die And Love Will Bury It, Lucid Planet’s Lucid Planet II… and now, potentially with Kardashev’s Liminal Rite.

Considering how maligned the genre was when it first ascended in popularity, deathcore has become quite a useful vehicle for style fusions, whether it’s been symphonic deathcore, blackened deathcore, or even symphonic blackened deathcore. Kardashev offered a different interpretation on the genre with their 2020 EP The Baring Of Shadows, a catalyst for the coining of the term ‘deathgaze’, the idea of mixing deathcore with shoegaze (well, to be honest, more like blackgaze) elements. Curiously enough, come Liminal Rite, deathcore now feels more of a secondary, or even tertiary, part of the puzzle behind metalgaze and post-metal, but the album is nonetheless forging a path fully of its own, and one that will likely inspire imitators sooner rather than later.

Given that this whole ‘deathgaze’ idea is rather new, there’s not immediately obvious reference points for describing Liminal Rite in terms of other bands. I have seen Fallujah’s pre-Undying Light material potentially co-opted into this label, and I can see some similarities to how Fallujah integrated shimmering atmospheres and moments of tranquillity into albums like Dreamless and what Kardashev have accomplished here, albeit Fallujah did it in a brighter, shinier manner. I also did find myself, in fleeting moments, having Rivers Of Nihil come to mind. If I was to lean on any band as a comparison for Liminal Rite, however, I would be most inclined to use Heretoir, which I find fitting, as, while there have certainly been very respectable albums falling under the ‘metalgaze’ umbrella in recent years, I’m not sure whether any album has advanced the concept in the manner of Liminal Rite since Heretoir’s The Circle, at least for me.

I’ve waxed lyrical about Liminal Rite for long enough now: what is it that’s so captivating about it? Well, to go into specific details, one of the best songs to start with is one of the few that really features deathcore, “Silvered Shadows”. The first ‘real’ song on the record, this bold 8-minute cut utilizes the euphoric glowing guitars, gentle singing and pounding blasting of blackgaze, as well as the first of several immensely memorable and effective lead guitar motifs (something Heretoir also used really well), and integrates these alongside vile deathcore growls and chunky drops. So far so good, but it’s the nature with which the intense and the serene are seamlessly integrated with one another during this song that allows Liminal Rite to make such a strong early impression. “Apparitions In Candlelight” and “Lavender Calligraphy”, excluding the harsher vocals, turn their attentions away from low-end extremity in comparison, but compensate by imbuing the post-rock/blackgaze with intense touching melancholy.

The vocals are a key weapon in Kardashev’s arsenal; frontman Mark Garrett has made a name for himself outside the band through his YouTube channel, and his versatility and talent are a great asset for the band. On top of deathcore growls and blackened shrieks, the gentle, heartfelt clean singing adds so much to key moments of these songs. They’ve not necessarily been produced in the most pristine manner; there are rough edges and imperfections lingering around these clean sections, but the haunting quality that they imbue as a result makes me wonder whether this is intentional.

Haunting seems a fair description for a lot of Liminal Rite, with large stretches of it fluctuating between bleak sorrow and melancholic serenity; however, there are parts that are more malevolent, with some darker moments to be found in tracks such as “Glass Phantoms”. The darkest, however, comes at the end of the record. Twelve-minute closer “Beyond The Passage Of Embers” is a journey in its own right, initially slow and ponderous (with the band taking a page out of White Ward’s book and bringing in a flash of saxophone) before building the pace and intensity; however, the last few minutes of this song see a gross reversal of this, everything dissipating into a desolate void of sparseness and nihility, ending an album filled with such beauty in an ugly, hopeless manner.

Unlike the albums that I referred to early in this review, I don’t think Liminal Rite finds Kardashev emerging in a state of near-flawlessness. There is occasional roughness to parts of these compositions, and I do also feel like the band has missed a bit of a trick by moving deathcore so much to the side (with the exception of “Silvered Shadows”), as a bit more brutality across this album could have distinguished Liminal Rite even more from the blackgaze/post-metal scene. However, there’s been a lot of buzz about this record since it’s dropped, and with each listen I’ve felt more convinced that it’s justified; Kardashev have absolutely knocked it out the park here.

Written on 14.06.2022 by
musclassia
Hey chief let's talk why not
More reviews by musclassia ››