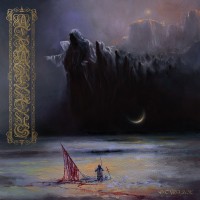 It's not often you hear people extolling the replay value of a funeral doom album; as extraordinary a genre as it is, you usually get through one session in a day and then you're dead. Atramentus is far from friendly to the senses, but something about Stygian demands back-to-back repetitions. Delayed for eight long years, Stygian is a true epic of funeral doom, an album of precious quality in its storytelling and atmosphere. It retains residual elements of dissonant death metal and Demilich influence from Chthe'ilist, which shares three members with Atramentus, and transforms them into a soul-tormenting journey that ebbs and flows with the changing of the seasons. Emphatic, ominous drum beats push the album ever onward, through deep, resonant chants and gurgling growls, through wailing synths and delicate piano, through destructive chords and anguished guitar solos. Stygian is a soundtrack to eternal isolation in a lightless world, not about death so much as being forsaken, and yet it possesses the pull of epic doom alongside the might of funeral doom; it demands to be experienced again and again. 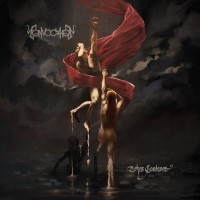 Gothic undertones and pristine production help shift away from centering on the profundity of grief typified by funeral doom, and Convocation's additional deathly leanings help veer the emotional range from purely depressive territory, lulling listeners into serene waters with a healthy dose of beatific streams of creeping melodic interludes and buildups before crushing them beneath roaring tidal waves of rage. The scattered, languishing roots of Ashes Coalesce find themselves struggling to reach the heights of a moribund surface offering little reprieve, with the desolate wasteland's silver lining proving to be a suitable acoustic environment for the sole surviving beast's primordial growls. 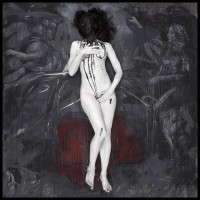 Opium is a cold and gutting work of extreme doom, but before it descends into despair, it has to finish pixelating first; perhaps the most immediately remarkable thing about Descend Into Despair's third album is the infrequent use of electronics - not merely the chilling keys, which rest like frozen dew on the brutal fits of inconsolable metal, but some more futuristic and spacey elements that surface here and there. Opium is first and foremost a stylistically conventional funeral doom album, albeit an exceptionally written and performed one with a trilogy of emotional torment whose gravitational pull is not easily escaped, but Descend Into Despair is beginning to experiment with this formula. Romania has, by this point, one of the world's most impressive funeral doom scenes, and 98% of the bands in it are various side projects of Daniel Neagoe; for Descend Into Despair to be making their own name is already something, but Opium suggests that they could be forging an even newer path themselves. 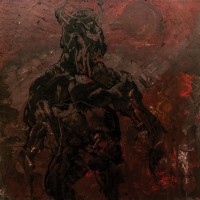 In all the categories we have in the Metal Storm Awards, Dola is without a doubt one of the absolute oddest of entities. Not much is known about this Polish band, which in turn greatly amplifies the enigmatic and unnerving nature of this album. Each track reels the listener into a false sense of security, with hazy passages drowning in catchy psychedelic undertones. Once the trap springs, though, one gets thrown into a bludgeoning maelstrom of black and doom metal riffs with a very jazzy style of songwriting to top it all off. This is a ritualistic album that will keep you in constant edge and watching over your shoulder. 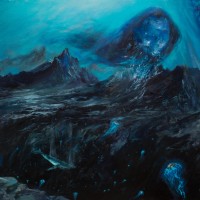 Oceans: they're not just for Gojira anymore. Before Markov Soroka created Tchornobog, Aureole, and Krukh, he had Slow (USA), a solo funeral doom project that sought to capture in a metallic medium the experience of drowning. Six years after the project's only release, Soroka rebranded Slow (USA) as Drown, a much more fitting name for the deep mysteries of aquatic torment he navigates with groaning, foghorn-like riffs and unmoored ripples of oceanic sensation. Soroka expertly bears out his bleak marine theme with leviathan chords and production that accommodates both the crushing low end and blurry high-end melodies, all delivered with the fatiguing slowness of the tide. As the icy, black waters enter your lungs, the lack of oxygen will force you to a protracted agonizing death, but as you die, you will also be cognizant of the fact that you are floating, floating forever, and you will recognize how comforting and beautiful that can be. 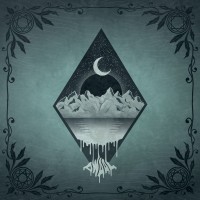 Dwaal - Gospel Of The Vile

A bleak combination of doom, sludge, and post-metal awaits those who dare hear the Gospel Of The Vile, the debut record from Norwegian six-piece Dwaal. The songs are slow and punishing and work by layering on top of the murky, grim, repetitive riffs to overpower listeners. The patches of levity that emerge during the record give listeners the chance to breathe before they are dragged back under by the density of the low-end distortion, offering some much-needed respite between the walls of sound that constitute the majority of this album. Gospel Of The Vile is a challenging listen, but Dwaal utilize the post-metal influences well to give the songs direction and scope, ensuring that the challenge is not insurmountable. 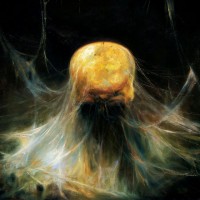 Thick, green blowflies and dung beetles feast on the sticky remains of a cadaver that has been deposited in a damp cave. That's roughly how the intro "Homecoming" sounds, and it sets the mood well for what one can expect in the next 35 minutes. On their third long-player, the four Brazilians of Jupiterian go thematically one step further than most other doom bands, but from a temporal perspective, they go several steps back. So it's not about sorrow and despair and other banalities of human feelings and problems of modern mankind, but about ultimate primal fears and the very survival in a man-hostile and archaic prehistoric age. In the world described on Protosapien, man does not play a superior role; the existence of the primitive pre-human - the Protosapien - is as insignificant as the life of the blowflies with whom he shares shelter and food resources. Anything but insignificant, however, is what we are being offered here musically. Jupiterian's doom comes straight from the deepest Brazilian jungle and it's as threatening and bleak as a lonely night in the green hell can be, when you can't see your own hand in front of your eyes but 1,000 eyes are watching you. Jupiterian's sludge, on the other hand, is as crushing and shattering as it can only be created in the narrow streets of a crowded megacity like São Paulo. Mix both together and refine them with a good portion of cavernous death metal, and you get one of the most intense and monolithic extreme doom albums of the year. 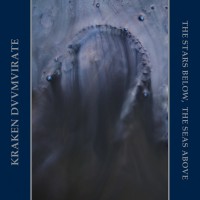 Kraken Duumvirate - The Stars Below, The Seas Above

There are very few funeral doom bands that really resemble Dolorian, but Kraken Duumvirate are the closest I've heard in a long while. Finally releasing a full-length after more than a decade of just two EPs, the band's kvlty funeral doom does have bits of Ahab's aquatic doom and Shape Of Despair's melancholia, and the hypnotic vocals do uncannily resemble Barry White a little bit, but The Stars Below, The Seas Above sounds like a ship that has sunk and uncovered that the ocean is as vast and haunted as the cosmos. Perhaps we'd better not know what stars lurk beneath the seas. 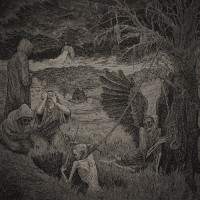 Who would have thought that the mastermind of Hell (USA) also has a very sensitive and fragile side? Perhaps it's because of the particular lyrical theme of this conceptual album: drug abuse, near-death experiences, addiction and loss in the immediate family, with one's own brother as the tragedy's central figure. Whether you can put yourself in this situation or not, this very personal experience definitely makes the pain tangible and very real; deep sorrow, mourning, and loss can be heard in every single note and in the croaking black metal vocals. Despite this concentrated intensity of despair - or precisely because of it - Obliviosus does not leave us sinking into a deep hole of depression and grief; rather it fulfills the function of catharsis according to the Aristotelian definition: through witnessing horror and pain from a distance, the listener experiences a purgation of his own negative emotions. So much for the theory. At any rate, it is a touching masterpiece of doom that gets under your skin, and it features the most beautiful violin performance you've heard all year. 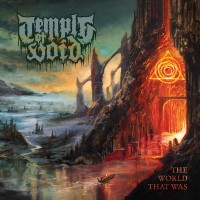 Temple Of Void - The World That Was

Temple Of Void's music focuses on crestfallen and tomb-shattering riffs that break the silence of swampy caverns in a way very similar to their Finnish counterparts Hooded Menace. The Detroit-based death-doomsters have now employed extra layers of synths as a means to add more depth to these riffs and they actually manage to tie everything together more cohesively than ever before. The World That Was may be their most ambitious album yet; it is very cinematic with gloomy atmosphere and rich production, without falling behind in heaviness.