As with the 2008 Metal Storm Awards, 2009 was another year of big names crushing their respective competition. Mastodon, Epica, Candlemass, Megadeth released new albums and then went on to win their respective categories by hundreds of votes. After a seven year lay-off running around Blashyrkh and posing for photos, the returning Immortal were our most decisive winners, grabbing 40% of the Black Metal vote and compiling almost four times as many votes as their closest competition. The tightest genre race was in the Metalcore category, where Converge managed to win a tight, to the wire, race over The Agonist.

The tightest race of all was in the Letdown category, where 1349, Lacuna Coil, Slayer, and Sonata Arctica fans voiced their displeasure, but all "lost" to what has to be an MS first... an album that hasn't actually been released yet. The saying goes "time waits for no fan", but it seems plenty of Wintersun fans are tired of waiting on "Time."

The biggest surprise was also, uh, surprising. Alice In Chains released their first studio album in 14 years and the 15 year old French band Kalisia released their first album in, oh, forever and both garnered strong support, but ultimately lost to Megadeth's "Endgame" - which is surprising considering "Endgame" (8.4 MS rating, 429 votes) is slightly better than their last album 2007's "United Abominations" (7.9 MS rating, 432 votes). If a marginal improvement counts as a surprise, I guess a lot of folks were expecting Megadave to Megadisappoint.

Finally, we want to hand out one more special award to the anonymous user who wrote-in Dissection's "Storm Of The Light's Bane". While the album is widely acclaimed within BM circles, I am sorry to inform you that you were just a tad late for the 1995 Metal Storm Awards. Vote deleted, but many LOLs to be sure.

So, as is also customary, there will be a nice thread where folks can discuss the results. You can find that here.

Black Metal
Immortal - All Shall Fall

The Best Video
Behemoth - Ov Fire And The Void

The Biggest Letdown
Wintersun - Time (for not being released yet) 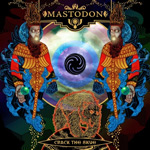 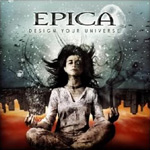 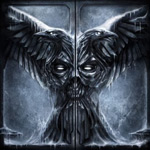 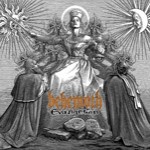 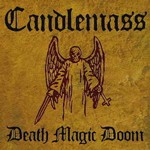 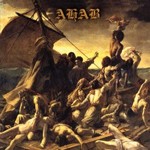 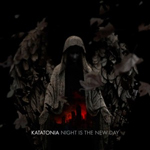 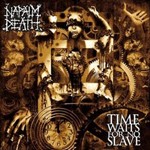 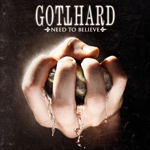 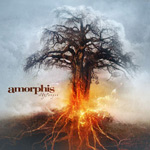 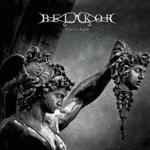 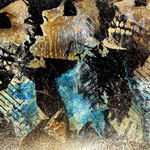 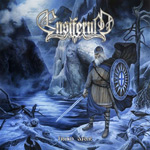 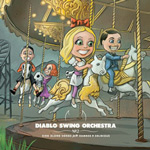 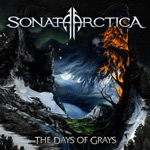 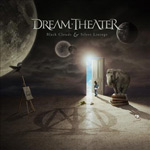 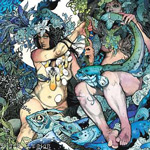 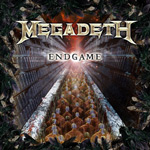 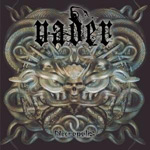 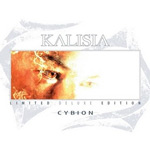 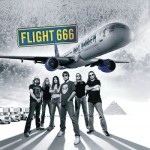 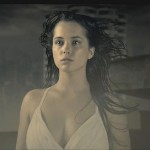 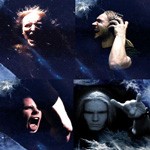 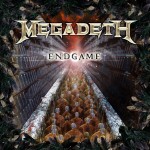 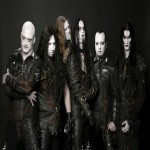 Former keyboardist Mustis broke the news he and bassist ICS Vortex were no longer with the band, and not by their own accord in a sane, well worded piece that thanked fans for their support, noted his contributions towards their albums, and, some might say, professionally, backed off direct shots at the band. Instead he noted it would be in the hands of lawyers. (Yay! Lawyers! m/!) The next day the band responded citing, basically, they were tired of dealing with "unprofessionalism" (not a real word) and then proceeded to air their dirty laundry in a completely unprofessional "TL,DR" statement that exceeds any of Tolstoy's masterpieces in length and perhaps matches the Encyclopedia Britannica in word count. The big losers in all this? The Dimmu fans who go to gigs will no longer be able to enjoy the charismatic Vortex's stage antics. If they are lucky, the high point of their evening will now be catching part-time touring drummer Hellhammer teasing his hair… if they aren't lucky, the best part of their night will be watching Galder make ridiculous faces.

Fear Factory have pulled a Gorgoroth with a twist. Former band members Burton C. Bell and Dino Cazares, who had left the band, kissed, made up with each other - but not their other former band mates - and decided to get the band back together. So Dino and Burton reformed as Fear Factory. Despite the fact Christian Wolbers and Raymond Herrera, the other half of Fear Factory, were still active as… you guessed it, Fear Factory. Seeing as each individual represents ¼ of Fear Factory Incorporated, that pits two original members against two original members. Woe is us. What is the legal system to do? Our suggestion? Have them appear on a special episode of a resurrected Fear Factor, where host Joe Rogan has them compete - eating moose testicles, lighting themselves on fire, and throwing themselves out a 3rd story window for rights to the name.

Ozzy and Iommi are at it. Again. 2009 saw Ozzy take legal action against Iommi, in what are clearly not his words, given their coherency, to protect Iommi from taking sole ownership of the Black Sabbath name. Per the former reality tv star, the "brand" of the metal gods was "literally in the toilet"… and he claimed it was the work of his management company (SHARON!) that helped resurrect interest and the net value of the "brand" name. Well, that, and the fact the group reunited a dozen years ago and toured some… Per the former Pepsi pitch man, apparently Iommi toiling in clubs under the moniker in the early 90's was a far worse transgression to the Black Sabbath "brand" than whoring his family out to appear on eMpTy Vee… and this has nothing to do whatsoever with the recent return of Dio and the Heaven and Hell project. Bits and pieces of this write up have been partially sanitized, lest Sharon, Kelly, and co show up at MetalStorm HQ at MetalStorm Towers in MetalStormistan and pelt the lot of us with eggs.

Dan Nelson, who replaced Joey Belladonna, who replaced John Bush, who replaced Joey Belladonna, who replaced Madonna, who replaced Vince Turbin as the front man for Anthrax was booted from the band, a la Turbin, Madonna, Belladonna, Dan Spitz, Pope John Paul II, Frank Bello, Bush (both John and George W.), Rob Caggiano… (Jesus! Scott and Charlie fire more people than Trump!) The official line was due to illness. The rumor 'round the net was that Nelson had taken a shit on bassist Frankie Bello's back. If there was a vaguely credible source that this happened, this paragraph would be titled "Spreading the Feces" in honor of their classic album. In the mean time, Nelson, the previously relatively unknown front man, has proven himself just as big a douche as the Ian & Benante Two Man Firing Squad by claiming Anthrax gained fans because of him. Rumor has it Bush (John, not W.) might rejoin the band. Else maybe they can host Anthrax Idol on VH-1 to find a replacement.

The band had agreed to split from continued cooperative projects together and simply cease to exist as Negura Bunget with nothing more than a short, simple, boring press release. Hupogrammos and Sol Faur were to continue as band TBA (now Dordeduh), and Negru as Din Brad. Instead Negru opted to hijack the name and carry on under the Negura Bunget moniker; despite the fact Hupogrammos and Sol Faur composed virtually all of the band's lyrics and music. While perhaps the most sad of our Gorgoroth-inspired splits of '09 (NB were coming off a highpoint in "Om", as opposed to the other bands pulling a Gorgoroth, who have long passed their creative bests) - this is perhaps the most boring as there is only some insinuations into motives as opposed to trashtalking, myspace fights, and back-shitting, let alone the good old public threats and stabbings we used to get from feuding black metal musicians.