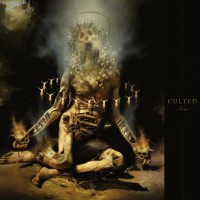 Nous was born after difficult personal experiences involving disease and death and the subsequent existential crises. It has a devastating character that feels like an homage to the despair of existence itself. The sound of Nous is filthy, dirty, and unclean, and the music feels like Godflesh and Swans covering Neurosis songs. It is a doom dirge that is everchanging, like a snake shedding its skin over and over. The melodic parts are scarce and they are as twisted as possible. The synths are disturbing and creepy. Culted's doom metal travels through sludgy swamps, industrial wastelands, discordant landscapes, groovy labyrinths, and droney, blood-soaked paths, dragging the listener deeper and deeper into the abyss as it goes along. 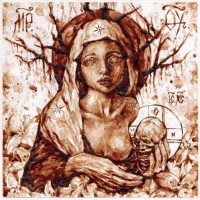 The prehistory of this album stretches way back to the year 2011 and to one of multi-instrumentalist Olmo "Déhà" Lipani's many other projects. Yhdarl's Ave Maria was a nightmarish mix of dark ambient, depressive black metal, and drone doom metal, and Ave Maria II is, although released ten years later, intended to be its direct sequel. Thanks to the collaboration with soprano Madicken de Vries, the successor focuses even more on the interplay of angelic operatic vocals and deeply moving, harrowing screams and orchestral bombast. The follow-up consists of just a single track, but who dares to say that in those 43 minutes, Déhà has not succeeded in creating one of the most emotionally stirring, heartrending, and disturbing symbioses of extreme metal and classical music since Elend's groundbreaking debut from 1994? 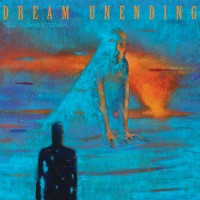 Anathema turns eternal in Dream Unending's tribute to the equally unending '90s. This duo, comprising members of Tomb Mold and Innumerable Forms, resurrects an older style of death-doom that revels in downtrodden melodies and distraught moods, incorporating the moroseness of gothic romanticism for an expansive and progressive atmosphere. Tide Turns Eternal combines the numbing insubstantiality of dreams with the stinging emotional undercurrents of goth rock/post-punk and reinterprets them as a crushing and funereal work in the vein of old-style gothic doom. Dream Unending have figured out how to capture the bittersweet weightlessness of nostalgic visions and the dark spiraling of nightmares all at once. 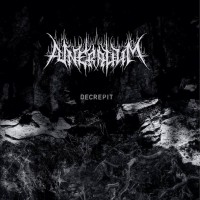 Anger and bitterness have created a type of hope driven by visions of a barren Earth. A world devoid of people. This is the picture that has been painstakingly envisioned by Funeralium. It takes nerves of steel to listen to this type of ultra-sick doom, as the French band likes to call it. Decrepit is slow and crushing to the point that these gargantuan compositions distort the listener's sense of time and space. The painful riffs and touching leads may provide a slight glimmer of hope through beautiful melodies but they are so soaked in sorrow that they can't resist the onslaught of black metal crescendos and the distressing vocal delivery. Moments of quietness evoke a false sense of tranquility, but Funeralium somehow manages to maintain a menacing and ugly atmosphere throughout the whole record. Decrepit paints a painfully true image of our unfair world. It’s all too palpable, too real. 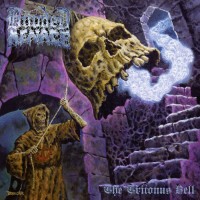 For years now, Hooded Menace have been one of the better-known practitioners of the death-doom hybrid, and The Tritonus Bell gives us no reason to doubt their continued relevance in that field – but it also shows a side of the band that is willing to experiment. The rocking guitar leads and driving rhythms drum up an unexpected resemblance to colorful metal classics of the ‘80s, with the mischievously twisting melodies sounding especially reminiscent of King Diamond. The pace often kicks up to gain speed the likes of which is rarely seen in doom, and the riffs are too loose and chunky to be attributable to the band’s death metal leanings; it’s all just part of the new traditional metal flavor pack that’s taking Hooded Menace down a path that for once sounds as fun as it does menacing. 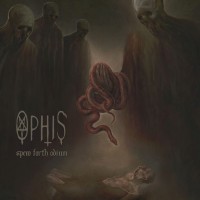 Few bands could spew forth odium as consistently as Ophis have for the past twenty years. With barely their fifth album yet, Ophis have a take on death-doom that is pretty straight-forward, moving between moments close to funeral doom and moments closer to regular doom. All in all, it's more focused on the doom side than previous Ophis records, while still staying within the same framework of uncompromising old-school ethos. Spew Forth Odium is about as far as you can get with pensive melodies and growls. 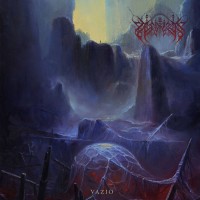 Sepulcros feature three members of Summon in their ranks and they share some common ground with Summon not only musically but also in the atmosphere they create - an atmosphere that is scarring and cavernous, which is achieved both through the music's consistent capacity for immersion as well as through the production choice. Vazio is an album completely empty of light, hope, and air. It is an almost entirely unmelodic, yet captivating version of death-doom, in which the 'doom' is very slow, foreboding, and suffocating funeral doom metal, while the 'death' is pulverising, blastbeating, and vicious blackened death metal. Vazio’s music sounds so layered and so thick that it completely envelops you; it is all around you and you feel that it sucks all the air you are supposed to be breathing. 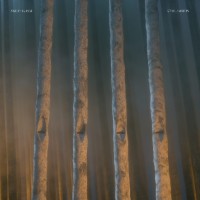 The ominous organ kickstarts the harrowing yet beautiful funeral march. Skepticism returns after six years since their last full-length and the Finns are more than capable of being both the pioneers and current front-runners of funeral doom metal. Skepticism branches out to other genres like death and black metal with ease while still keeping a solid foot on traditional ground. While the the riffs are refreshing with their variation and progression, it is of course the imposing organ and heart-wrenching synths that more often than not steal the spotlight. They serve as evidence of the band's massive significance to the genre. At times evil and omnipotent, and at others bright and celestial, Companion is a deeply touching album and an important statement from a band that not only keeps on delivering, but also keeps on growing. 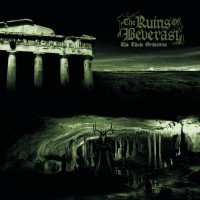 The Ruins Of Beverast - The Thule Grimoires

The Ruins Of Beverast thrived on creating a unique blend of black metal and doom metal, to the point where each of their albums felt like a unique take on that blend. With the previous Exuvia being a tad more psychedelic, The Thule Grimoires lives up by injecting more Jesu in the gazey soundscapes, Type O Negative in the gothic clean vocals, and Drown in the submerged doom feeling. This results in The Thule Grimoires going in multiple directions, some grandiose, some more direct, but with such a long run time, there's space for each of those to be explored. 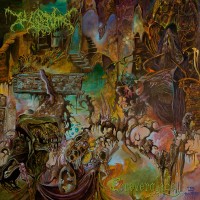 Out of all the bands here, Worm is probably the closest to actual death metal. For its previous record, the distinction between death and doom from the doom death sound would be even harder to make, but Foreverglade takes an even stronger leap towards the doom side of things, while still maintaining plenty of the death metal sound around. Just that a lot of it is of slower pace, reaching some pretty glacial paces while at it, the focus on atmosphere is not just on the murk, but also with some funereal synth/organ passages and ominous melodies. It's basically a murky doom death album that sank even deeper into funeral doom.