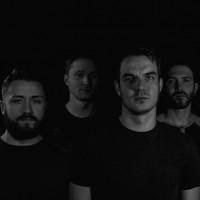 Indiana metallers Aegaeon have released a brand new video for their new single "Neural Union", which was directed by Scott Hansen Productions. You can see the video below and listen to the new song. You can also stream and purchase the single on their Bandcamp page.

The band is planning to release their new self-titled full length album later this year. For now, enjoy the new song!