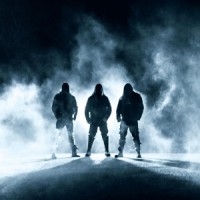 French black metallers Aosoth will release their new album, V: The Inside Scriptures, on November 17th via Agonia Records. You can now listen to the first new track, "Her Feet Upon The Earth, Blooming The Fruits Of Blood", below.

According to the band, "V: The Inside Scriptures is a closing chapter of Aosoth's musical and lyrical concept. Distinctive and downright suffocating, the album shows many differences to III & IV: Arrow In Heart, the two previous full-length releases, especially in terms of atmosphere. The recordings took nearly three years and were interrupted by many events in the personal lives of MkM & Bst. At some point, the album was about to be abandoned and never released.

"The drums for V: The Inside Scriptures were recorded by T. at Hybreed_Studios (Temple Of Baal, Glorior Belli, VI). All other instruments were recorded at BST Studio. Mixing & mastering were done at BST Studio as well, while the painting adorning the album cover was created by Benjamin A. Vierling Painting & Illustration (Nightbringer, Weapon). Layout and additional photography was done by Somnyum Digital Art & Photography. Aosoth's logo was prepared by Erik Danielsson of Watain." 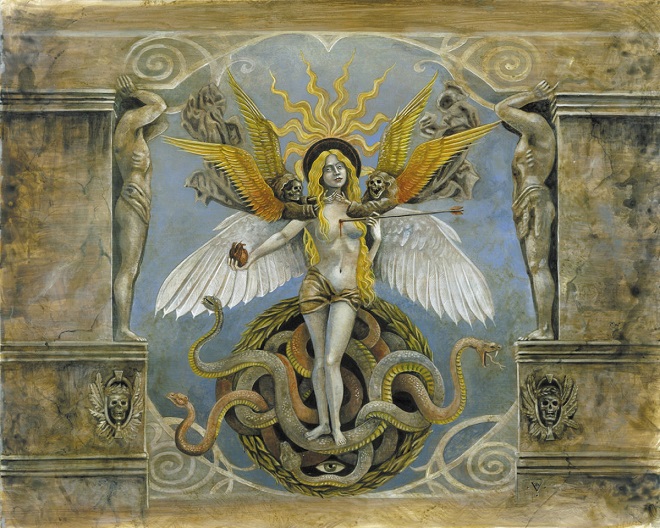 1. A Heart To Judge
2. Her Feet Upon The Earth, Blooming The Fruits Of Blood
3. The Inside Scriptures
4. Premises Of A Miracle
5. Contaminating All Tongues
6. Silver Dagger And The Breathless Smile