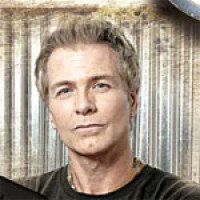 American hard rockers Mr. Big have announced that the band's drummer Pat Torpey has died from complications of Parkinson's disease. Torpey was one of the founding members of the band. He was 64 years old. R.I.P.

The band simply wrote: "With breaking hearts we tell you that our brother, friend, drummer and founding member, Pat, passed away Wednesday, February 7 from complications of Parkinson's disease. Family, band and management request privacy at this very difficult time. Services are pending."

Courtesy of the band

Torpey was diagnosed with Parkinson's in 2014, yet still played with Mr. Big as a background vocalist and contributing to percussion.