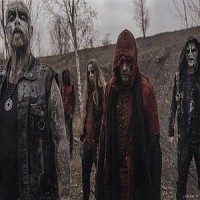 Black metal formation Enthroned have released the second track from their forthcoming record, Cold Black Suns, to be out on June 7th via Season Of Mist. "Hosanna Satana" is now available for streaming as an official video clip, which was done by Ivan Galasse.