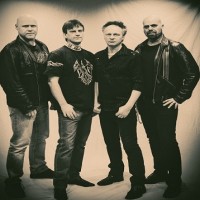 Swedes 220 Volt have recently revealed that the new music is in the making. More details coming soon. In other news, they've also pointed out that they are planning to re-release some of the older records on vinyl.

Statement from the band as follows: ''2020 is a lost year when It comes to concerts as we all know. Next year will at least be a bit more fun when it comes to album releases.

"Looks like a batch of cool vinyl re-releases of the old albums will be out, we're also having a look at all the recordings we did for the Lethal Illusion album, there's lots of stuff there.

"And of course there's a new album in the works, because of the general situation at the moment, it takes more time than we would like, but it's going forward and we're hopeful that all the material should be finished by the end of the year. We're nearly there, so next year should be more fun and something to look forward to!"