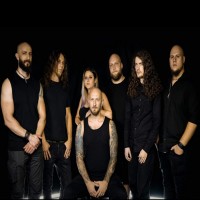 In connection with their new album release Despartire, Clouds have unveiled a teaser on YouTube. Earlier this week, Romanian doomers also confirmed Mick Moss of Antimatter as one of the guest vocalist on this upcoming music effort.

Words from the band: "Hey there dear friends, we promised a teaser some time ago, this is a little something we thought would be representative enough.

"We've toyed with lots of ideas and there were plenty of input ends from us members, there were many influences brought to the table and we think we managed to get the right colours to paint what this album is all about. We hope you enjoy it as much as we're enjoying making this album!''