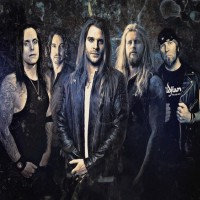 After releasing debut album Welcome To Paradise in 2019, NorthTale now announce their sophomore effort, Eternal Flame, which is set to be released on November 12th via Nuclear Blast. Produced by Dennis Ward, the outing features 12 brand new tracks and introduces singer Guilherme Hirose, who has joined the band last year. Below you can give a spin to the first streaming single/opening track, "Only Human".

Tracklist is as follows: