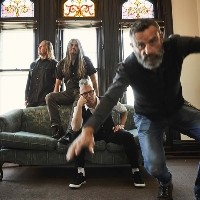 Tool are excited to announce an extensive U.S. tour (37 shows) in early 2022. Afterwards, they will be heading out to Europe to execute another batch of gigs (17 shows). All confirmed dates and venues are listed below.

Drummer Danny Carey comments: "It is with great pleasure I get to announce our return to the road. These past 18 months have been trying to say the least but from great trials come great lessons and great rewards. We are genuinely looking forward to sharing them with you."