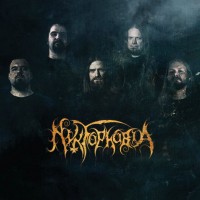 Germans Nyktophobia are premiering a re-recorded version of the track "Flight Of The Phoenix" (originally released on Fallen Empire album). The latter will be part of the band's upcoming split release with Night In Gales, coming out December 17th, 2021.