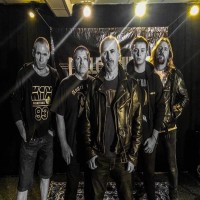 British heavy metal act Millennium announced that guitarists Kenny Nicholson and Will Philpot as well as drummer Nigel Waterfall Brown have parted ways with the band recently. Guitarist Liam Mulpetre and drummer Chance Mead will be replacing them. The band also revealed that they are getting close to the new album completion.

Statement from the group: We are very pleased to announce our new lineup for 2022. Joining Mark, vocals, and Paul, bass, we have... On lead and rhythm guitar, Liam Mulpetre (Scarred By Truth), on drums, Chance Mead (Redshift, Conquer The Throne)."

"We have gig announcements to follow where you'll be able to catch us in action this year. We are also in the final stages of completing a new album. More about that later. "