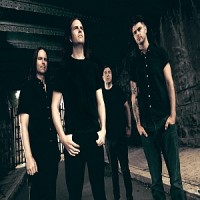 With 20 years and a strong collection of masterful, acclaimed albums to their name, Irish post-rock maestros God Is An Astronaut come full circle with their live studio output, The Beginning Of The End. Recorded at Windmill Lane Recording Studio in Dublin, Ireland on October 3, 2021, the album features modern transformations of all of the songs from their debut album, 2002's The End Of The Beginning, encompassing each track's evolutionary changes throughout the band’s years of live performances while allowing the original melodies and songwriting to shine through.