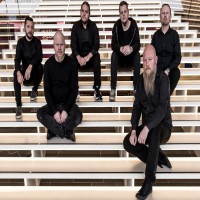 Norwegian progressive rock icons Green Carnation are preiering an acoustic cover of the Jim Croce song, "Time In A Bottle," along with a performance video which was recorded live earlier this month and can now be viewed via the Season Of Mist YouTube channel.


Vocalist Kjetil Nordhus comments: "We are a band who like to surprise our fans, and sometimes even ourselves. We will include one unique cover song on each date of the tour. This is a nice way to present different shows every day and hopefully our fans will enjoy that. A while ago, we asked our Facebook followers what song they would like to hear in a Green Carnation version, and this one came up. It is a beautiful song, and we do think we have managed to put our own stamp on it! What other cover songs that might be included during 'The Acoustic Verses Tour 2022', we don't want to reveal yet! It wouldn’t be too much of a surprise if we told people which songs we have chosen. But one of them will a song in a language that I have never sung before...."