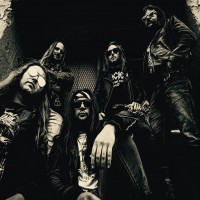 Riot City's second album, Electric Elite, is officially out on October 14th via No Remorse Records, but the band has now allowed the NWOTHM Full Albums channel on YouTube to stream it in its entirety. Check it out below.