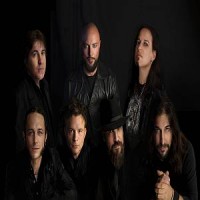 Legendary vocalist Geoff Tate announces a tour to celebrate the 35th anniversary of Queensrÿche's Operation: Mindcrime album, originally released in 1988. You can see the tour dates below.

Speaking about the tour, Tate said: "It's strange to think about, but this is my perspective. I wasn't actually even gonna do it again. I get requests — so many requests — to play this record in its entirety… So Ahh… Okay. One more time, just one more time."