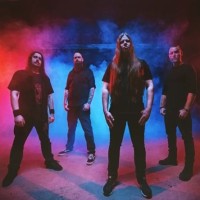 Lord Worm, who sang on the band's first two albums — 1994's "Blasphemy Made Flesh" (Displeased) and 1995's "None So Vile" (Wrong Again) — has announced his return to CRYPTOPSY via the following posting on the group's web site:

CRYPTOPSY's most recent vocalist, Martin Lacroix (ex-SPASME) — who appeared on the band's 2003 live release, "None So Live" — left the group in October for undisclosed reasons. CRYPTOPSY are currently writing material for their fifth studio album, tentatively due in early 2004 through Century Media Records.