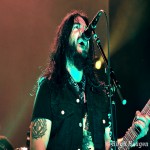 Now I knew that Machine Head is a popular band and Darkest Hour as well as Suicide Silence always draw crowds in Denver, but frankly I didn't expect this.
Holy crap! The show at the Summit Music Hall, smack in downtown Denver, CO was just a few tickets shy off being totally SOLD OUT! Nice surprise, in part since all of the bands did play in Colorado last year.

Doors was originally scheduled for 6pm but since one of the openers (Rise To Remain out of England) jumped off the bill last minute, everything got pushed back an hour or so. I was wondering if the mass amount of people would make it into the venue before Darkest Hour hit the stage, but the Security folks at the venue did an awesome job and everybody made it in on time.

On a multi-band bill the opener usually has the daunting task of providing the right atmosphere for the evening ahead, but John Henry and gang set the tone right away and took no prisoners with their (rather short) set. 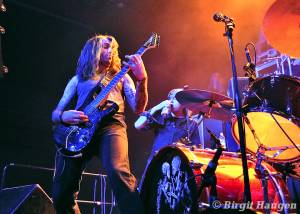 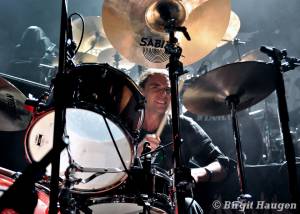 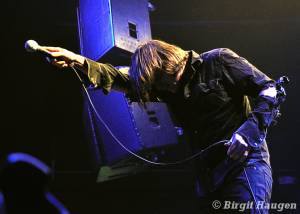 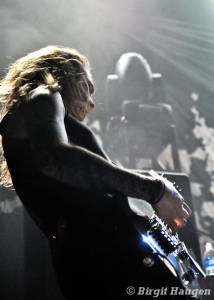 Since Darkest Hour is still touring in support of their latest release The Human Romance (Feb 2011) it was no surprise that most of the songs that night came from said album. I for one was perfectly fine with this decision since I really dig the new songs.
"Savor the Kill" and "Love as a Weapon" among others was played and I was glad they had time to throw in "No God" from The Eternal Return (2009); kick ass song IMO. The band ended their set with "Doomsayer (The Beginning of the End)" off their 2007 release Deliver Us and the audience was pretty much warmed up by then.

Then it took what seemed like an eternity for Suicide Silence to take the stage; something with the monitors or amps wasn't working. But once this got resolved their sound-master James Lynch (rules!) did an exceptional job behind the knobs and the eager crowd got what they expected from Mitch & Co. 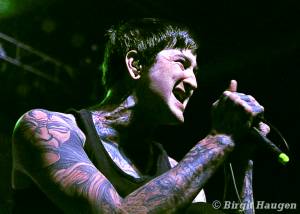 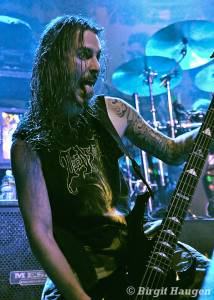 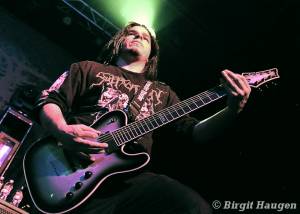 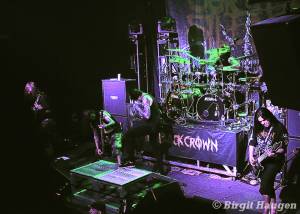 Love 'em or Hate 'em, but Suicide Silence always puts on a great show, if one likes their music. And let me tell you, there were some kids right up front who clearly didn't. "You guys suck" and "Get off the stage" were some of the comments made.
Yo douchbag; apparently Machine Head is fine with it 'cause otherwise they wouldn't be direct support for them. It takes a lot to perform each and every night, be away from your family and try to make a living. In other words, shut your pie hole, show some respect and don't treat ANY band like they are the scum of the earth!

So, now that this is out of my system; I have seen Suicide Silence plenty of times over the years and even though their music is not my first choice either, they ALWAYS deliver and kicked some major ass that night.

What I really liked is that they didn't just play songs off their 2011 release The Black Crown but rather mixed it up nicely and incorporated songs from all their albums. Granted, they only released 3 thus far, but their set list reflected the best from each of them.

"You Only Live Once" and "Slaves to Substance" were definitely the highlights from their new album, while "Wake Up" (2009-No Time To Bleed) and "No Pity for a Coward" (2007-The Cleansing) showed their versatility over the years. 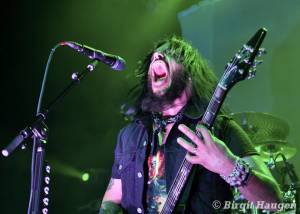 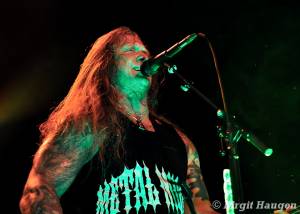 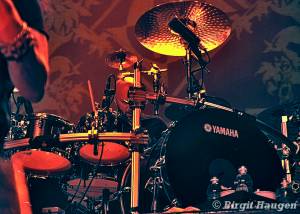 Then it was time for the mighty Machine Head to take the stage. I was pretty stoked to see them, since I totally missed their performance at last years Rockstar Mayhem Festival. Every old time Vio-lence fan was clearly drooling to see Robb Flynn and Phil Demmel on stage together, including yours truly.

With 7 studio-albums under their belt, Machine Head pretty much played ALL songs off their latest release Unto the Locust (2011) with the exception off "Pearls Before the Swine". And since this gig was the first one on this run (yeah for Denver, normally no tour starts here!) I didn't know what to expect at all.

The show started with "I Am Hell (Sonata in C#)" followed immediately with "Be Still and Know" and I was wondering if they would play the new album front to back. But once "Imperium" (2004 Through the Ashes of Empires) came out of the speakers I was assured this would not be the case and they actually managed to play at least one song off each of their other albums. I took a picture of the set-list for the night and it's the same as right here: http://www.setlist.fm/setlist/machine-head/2012/summit-music-hall-denver-co-43d15fe3.html 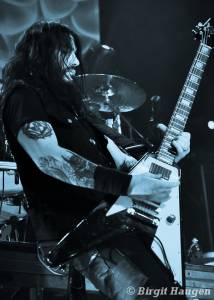 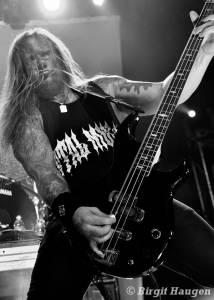 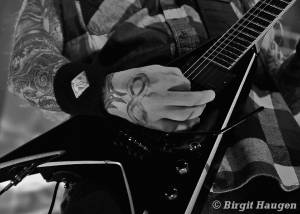 Really good show and the highlights for me that night were definitely "Ten Ton Hammer" (1997 - The More Things Change) with its doomy undertone as well as "The Blood, the Sweat, the Tears" (1999 - The Burning Red) which is a neck-muscle-injury-waiting-to-happen head bangers delight.

I personally like their older material better, but the new stuff sure is growing on me rather quickly. The audience took to every Unto the Locust song very well.
The whole venue was singing and screaming: "This is who we are, This is what I am, We have nowhere else to go, Divided we will stand" when the "Who We Are" intro came across the speakers.
Machine Head ended the night with the encore songs "Halo" (2007 - The Blackening) and of course their stable "Davidian" from their 1994 debut album Burn My Eyes.

Their entire performance was beyond awesome, be it the sound thru out the night or the elaborate light show or the projector images running behind the drum kit for every song. But on a personal rant: dear light engineer, you know the media can only be in the pit for 3 songs, and you bring a light rig that would put a Pink Floyd show into shame, please use more than just RED LED flooding bulbs in the first song, thank you!

In closing, while this tour package might not have been to everyone's likening, the fans of each band sure as hell had a great time head banging, moshing and drinking together in peace!


Review and pic's by D.T. Metal