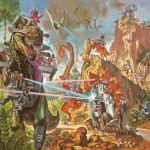 Every once and a while I get a nice PM from some users here, as opposed to the typical nasty ones telling me how I am some sort of right-wing-abortion-clinic-bombing-holocaust-denying-pagan-slaughtering-nut-job. I certainly am not one of them, because they don't wear kilts! But I digress. These particular messages were asking me out my band's upcoming album and just generally how things are going. I like those. They're nice. Digressing again, sorry.

This got me thinking about what things I am most excited for this year. I'll be totally honest, 2011 was kind of a bland year for yours truly and I am striving to make this year the best year I can because America's oldest teenager has just died. 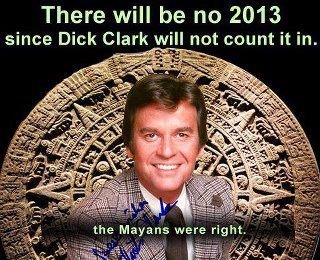 This list will not contain any Metal album releases, so don't scream at me for not being excited about such-and-such record by your favorite band not being on here. I'll maybe do another list exclusively for music. These are the events, movies and books that I've been looking forward to and hopefully many of you here will find something new to be anticipating with gleefulbrutal joy. Here, now, I, your humble kilted host, presents my Top 11 Things I am Most Excited For in 2012.

Almost a decade ago a book came out that changed my life. Donald Miller's set of essays has become the first book I read every year. Anyway, someone thought it would be a good idea to turn it into a movie and for those of you who have read it, you're probably scratching your heads trying to fathom how this could be done. I am not sure, but the film has been getting excelent reviews from the secular market. The "Christian Film" industry is hating it, because it has *gasp* sex, drugs and profanity! Anyway, here is the trailer

Every Labor Day weekend tens of thousands of geeks descend upon Atlanta to partake in four non-stop days of...ah heck, seeing it is better:

Prometheus
Ridley Scott's two science fiction films, Alien (1979) and Blade Runner (1982) are both in my top 5 favorite films list. So when I heard he was going back to do sci-fi horror I was excited. And when I saw the trailer, I about cried (my tears are blood and oil, so I can keep my Metal cred).

This is a smaller local festival that I look forward to each year. Celtic music of all sorts will be at Pisgah Brewing (my favorite brewery around here, and I live in Beer City, USA so that is saying a lot) with some of my favorite BBQ, beer, kilts, beer, great folks, beer, great folks in kilts drinking beer. Oh and Albannach will be back this year!

Joss is writing and directing it! Need I say more?


Hellboy In Hell
If you have never read Hellboy, shame on you. If you have, and you read last year's epic conclusion to the saga, you know this is is going to be *puts on sun glasses* one hell of a family reunion. Yaaaaaaaahhhhh! 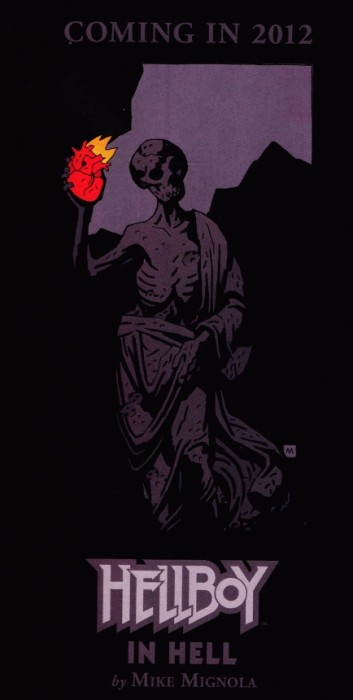 
HeroCon
Speaking of Hellboy, Mike Mignola who created the character will be at this convention. Yeah, I love cons. What can I say. It is the one place where I don't stick out.


Ridding the BRP
For those who don't know what the Blue Ridge Park Way is, here is the Wikipedia page for you to read about it.
And I'm going to do the whole thing on motorcycle.


My Yearly trip to the Adirondacks
Every August for a long weekend, my old high school mate, Jared, myself and a few others head up to the beautiful Adirondack mountains in New York State. We head up there to kick back, relax, drink beer, play music, do some fishing, drink beer, go paddling, and just enjoy ourselves. And when the park looks like this, how can you not.

Silent Mortal Flesh
After about two years as a band, we're finally making a record. And I'll do another article all about this next week...


So there you go. Hopefully I sparked some interests, or at least just entertained you for a while.

Written on 20.04.2012 by
Dane Train
Dane hails from Asheville, NC which is Beer City, USA. When he is not drinking various craft and micro brews, Dane fronts the Stoner Doom Metal band, The Quick. He also has a massive collection of Hellboy comic books.
More articles by Dane Train ››