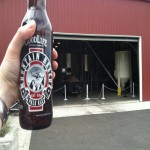 There are two types of people likely to check this out: those in the know and the fucking clueless that likely came here to make fun of Uncle Sam's suds mistakenly thinking our beer easy prey. To quote Admiral Akbar, "it's a trap, bitches."

I'm writing this as I've had to summarily dismiss several beer noobs on this site and figured it would be easy to pound out one diatribe which could just be linked in the forum rather than re-writing it each and every time some no-nothing tries to sound know-it-all on the subject of barley soda.

I love beer. Have since I found myself on Guam and stumbling into a couple bars with all sorts of non-Bud/Coors/Miller bottles lined up ģ had to try as many as I could. Something I haven't stopped since, only with the biggest difference being sometime in the mid-to-late 90s it started becoming less and less about imports and more and more about what's going on here.

I think the craft/micro beer explosion is the proud result of American brewing mediocrity.

The Great American Beer Explosions simply *HAD* to happen. Why should we get stuck with beer so shitty that we get all excited about the same shit only with "ICE!" or "DRY!" attached to the end product when them damned Euros get all that great beer?

Craft Brewers, Microbrews, and Nanobrews started sprouting up everywhere like weeds after a monsoon. And like (delicious) weeds they continue to thrive. Craft beer now accounts for over 5% of beer sales in America, with an accelerating market share growth while the total market shrank 1.3%. There was actually an article running 'round the web recently in which some craft brewers expressed fears that there wouldn't be enough shelf space for 'em all.

Meh, so long as the local super markets still have the usual suspects clogging up space, there is room for more craft beer.

15 years ago if I walked in to a super market I'd be stoked to see Samuel Adams or Sierra Nevada. Now I'm disappointed if there aren't 20+ non-Bud/Miller/Coors options laid out for me. Even the local, BFE gas station/barber shop/tacqueria/mini-mart carries two refrigerator units with two warm displays of various craft and micro brews. 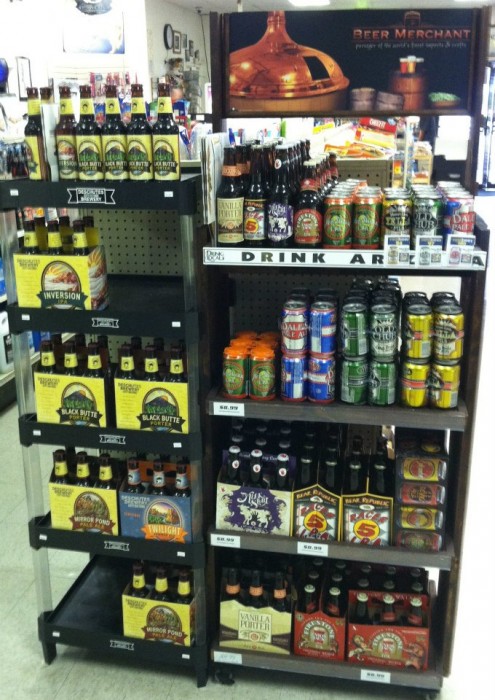 Hell, there is now a bar smack in the heart of Amsterdam, Beer Temple, that touts itself as the first American beer bar of Europe. Yeah, you read that right. Hop in your way back machine, go back to the grunge/death metal era, and try to imagine having to explain to someone that a country surrounded by such proud brewing nations as Germany, England, and Belgium would have a bar that would proudly announce itself an American beer barģ and would successfully sell pints there for more than we pay for sixers here. You'd be laughed out of the party while being pelted with cans of Red Dog.

(writer wipes a tear of pride from his eye)

Not to miss out on the action, I've teamed up with a buddy and have even started brewing. About a month from now our version of a Chinook IPA should be ready and fit for human consumption. (Full disclosure, he has done 3-4 batches prior and I'm riding co-pilot.) 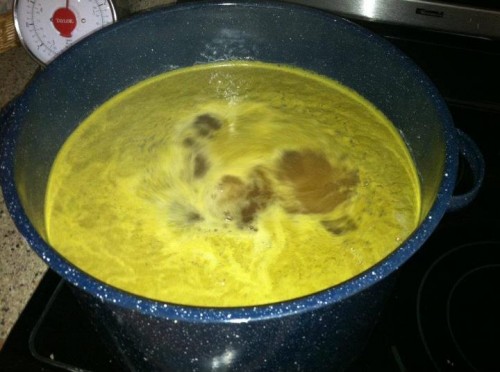 all hopped up and ready to brew

And now when you listen to someone railing on American beer (why is American beer like making love in a canoe? Because it's fucking close to waterģhahahahah!) you can instantly relegate them to the category of uneducated moron that likes to spout off on subjects they know nothing aboutģ which happens a lot 'round these parts.

In closing, beer is like music. By no means am I an expert or a know-it-all. I just know what I know, and that is right now Americans are making a LOT of awesome beer.

Microbreweries also usually have very limited areas of distribution. As it is now even Top 5 Craft breweries by volume like New Belgium and Deschutes are only available in 32 and 18, respectively, of our 50 States. It's extremely like that American Metalstormers reading this in the Eastern half of the country have never even seen any of my "starting line-up".