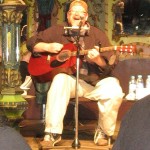 Hey… It's been a while since I last wrote a blog note here! And well, as there's nothing metal in here - except that some of the people mentioned are metal fans or musicians - this peculiar concert review fits better as a blog post… and that also gives me an excuse for posting crappy pics like these ones, taken from the back rows

Moving on, moving on… This week-end, in Epinal (a small city in North-eastern France), took place the Imaginales, a fantasy / sci-fi books convention. Four days of signing sessions, discussions and round tables about various literary topics… and a few select other activities, including music. Three actual shows were planned; I only attended the first two, as I already was in the train bringing me back home during the third. 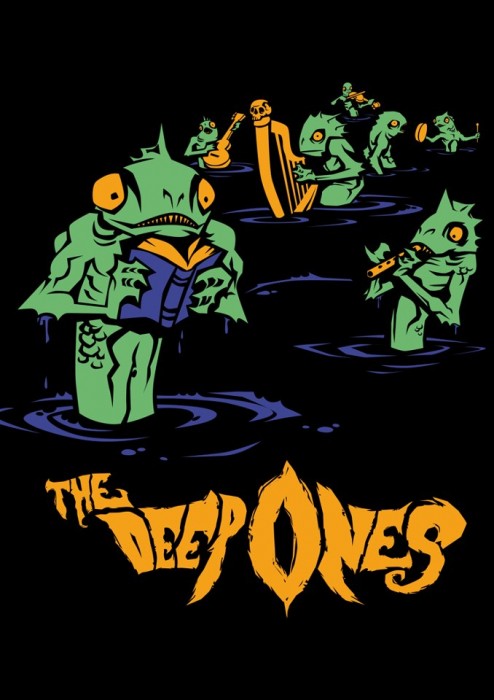 The Deep Ones are all about improvised ambient music while literature (short stories or novels excepts) is being read. The twist? All participating people are novelists and/or editors and/or members of the Naheulband (comedic fantasy songs), scheduled to play on Saturday evening. 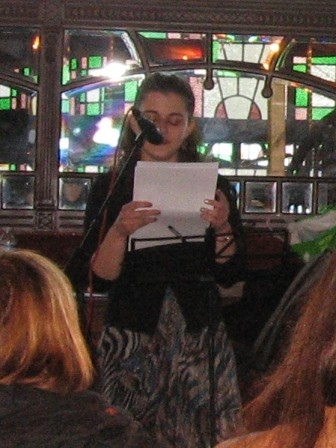 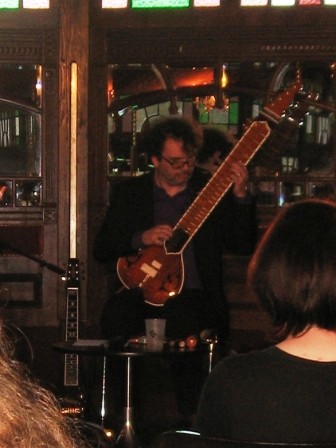 
This evening was their first stint together. The musicians knew beforehand which texts the readers chose, but that's about it. Improvised it was, sadly without the harp - it was a little bit too cold and damp for such a delicate instrument. Yep, blame the shitty weather we had in France. The music itself was mellow, quite hushed (to be able to hear the reading, you know 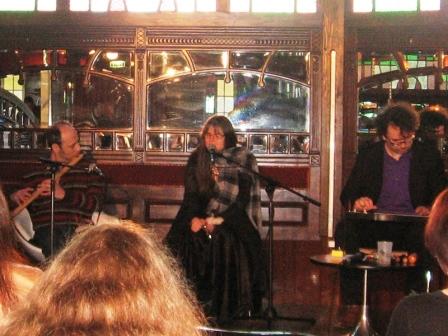 As far as the readings went, the best was without doubt one of Sire Cédric's. He was the only one to really add something of the music world to his diction, as he read one of his short stories (about some twin children's nightmare) with a harsh, creepy voice and a heavy emphasis on rythm. To be sure, the result was great. A special mention too for the last story, about a loving wife and an albatross, which was really beautiful and entrancing - just like good storytellers can be (and Patrick Eris is one, I guess).

All in all, the experience was very pleasant. Everyone's main gripe was with the cold - once again, blame the cold rainy weather we've endured for too long already. Funnily enough, come to think of it, about half of the audience were people with long hairs, dressed in black... You know the type. Oh well, maybe this was a metal show after all? 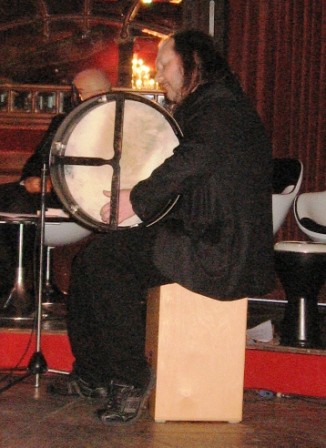 One of the rising stars of American fantasy literature, Ken Scholes is a also a musician, as he learned to play guitar "on the streets of Stuttgart when he was a young soldier stationed overseas" (quote from his website). He had a one-hour solo show scheduled on friday during the festival, during which he played some of his own songs, adding a few covers (like Simon & Garfunkel's "Mrs Robinson" or "The Sound Of Silence") for good measure.

Yeah, basically just a guy, with a nice-but-not-exceptional-voice, a guitar, and an harmonica. And well, believe me, it was great. Really great. THAT great, actually. Mind you, it wasn't perfect (like when he forgot some lyrics on "Mrs Robinson", but then he jockingly accused jetlag to be the cause of his memory lapse), but he puts so much soul in his singing and playing that technical considerations are somewhat irrelevant. 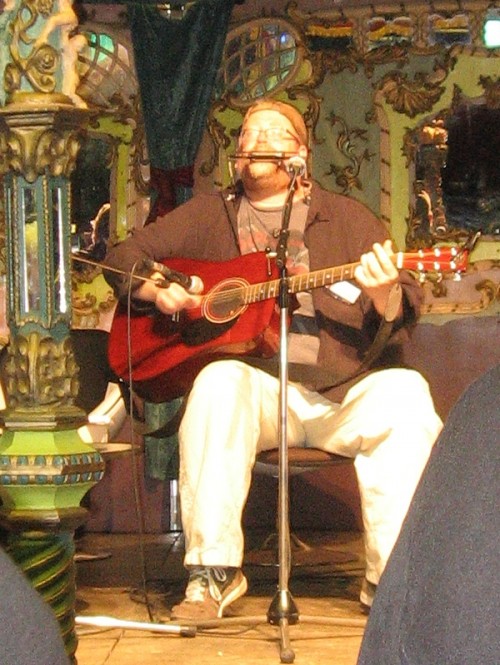 So, no distortion, no aggression, nothing metal whatsoever, but my oh my what a wonderful hour of music. 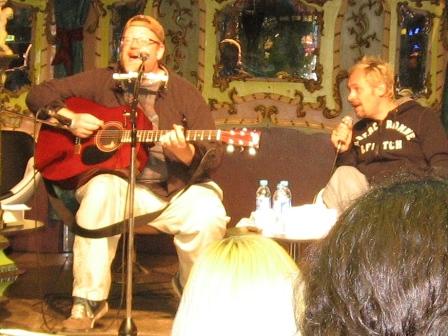 The Imaginales was an awesome experience for me, for many reasons (I mean it, all the authors I talked to were genuinely nice), but these two musical events were really the icing on the cake. Or on the crate of books I'm bringing home, if you prefer

So wherever you are, be sure to check music in all its forms... but beware! You might just enjoy it immensely

Oh, by the way, many, many heartfelt thanks are due to the many people I met and chatted with during these 3 days and a half, including - but certainly not limited to - my masterclass colleagues, Jean-Claude, Lionel, Stéphane Beauverger... See you next year!

Written on 26.05.2013 by
Darkside Momo
Once your regular Hellfest reporter, now retired. I (strangely enough) listen to a lot of metal. And enjoy good beers, comics, novels and role-playing games.
More articles by Darkside Momo ››