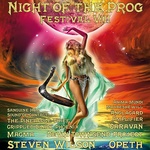 Summer festival season is already upon us. Which means there are loads of events to choose from, at least for those of us who happen to be around in Europe. Some are better, some are worse, some have longer traditions than the others, and some are more specialised than the others. So, if you are like me, heavily biased as far as prog is concerned, let me suggest you The Festival to be at this summer: Night of the Prog VIII.

How dare I suggest something?! Well, for one thing, I was there last year, so I have a first hand experience of the event, and can vouch for it being good. You can even read an article about my visit. To say that last year was awesome is a bit of an understatement. True, another year is not likely to be like the one preceding it but I have a hunch it will be even better. But, let's look at the stuff in order. The question is, in which order? 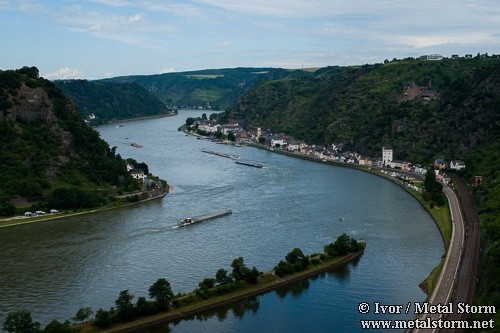 View from the top

So, firstly, let's talk not about the bands playing at the festival but the setting of the event. The Night of the Prog (still) takes place in Germany at the most famous feature of the Rhine Gorge, the rock of Loreley, a marker at the narrowest part of the river Rhine. At the top of the rock, at the height of about 120 meters, somewhere there's an amphitheatre that is the venue for the festival. I mean, an amphitheatre! Given the nature of the venue, there's just no way you wouldn't be able to find a suitable spot to enjoy the acts on stage. 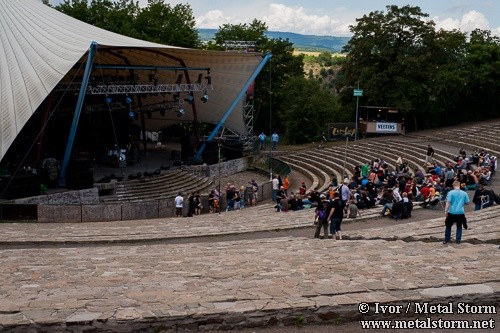 Secondly, getting to Loreley should be relatively easy. If you come from afar, first order of business for you, get yourself to Frankfurt. Flying is likely the answer to how. Loreley should be about 100 kms from Frankfurt and despite what Google Maps might suggest, a bit longer than a 2 hour drive away. The winding road along the banks isn't exactly a highway, you know. However, if car is not your deal, you can also take the train to St. Goarshausen, which is likely a more spectacular ride along the banks of the river. From St. Goarshausen you can either walk to the top (do you like climbing endless stairs?), or you could just take the bus. That should be about it. The rest is about camping and good music. 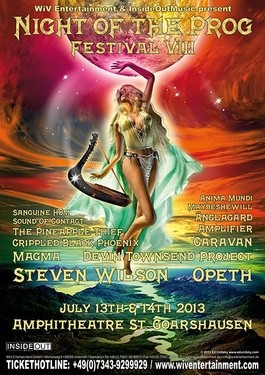 Flyer
And now, the most important thing: the line-up. Since the event takes place at the amphitheatre, there's only one stage. Since there's only one stage, the number of bands playing is small. It has to be, many prog bands playing a half an hour set just wouldn't be prog, right? So, there's only 13 of them, six on the first day, seven on the second. And that leaves ample time for each of them to play, and to have a breather in-between, when you can comfortably get a drink and a bite.

So, who's playing this year? Well, let's have a look at the timetable.

Now, what'd be my personal take on this? Steven Wilson is great live. I saw him this March and he does put on a serious gig, Porcupine Tree or not. That shouldn't disappoint. Opeth? As per recent accounts by Craig, Opeth is still a power, and Mikael hasn't lost a bit of his charming humour. Devin Townsend, if you haven't yet seen him, is a ridiculously good entertainer, ask anyone. 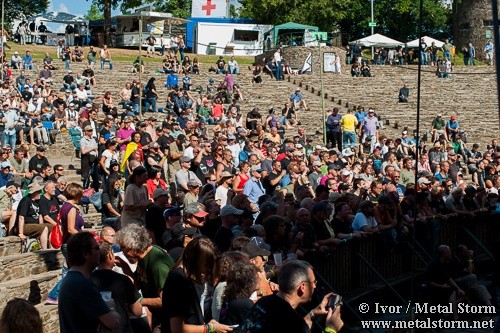 What else? I'd like to see what Crippled Black Phoenix sounds live. Their take on kind of experimental post prog is great. The Pineapple Thief would also likely be a good emotional atmospheric trip. While I've heard good things about Amplifier, their last album has gone too soft and makes me doubt it. I'd be willing to be surprised, though. Maybeshewill are maybeinteresting, haven't listened to them but having a post rock outfit would make for a good change. Out of the rest, you tell me which things are worthwhile. Magma and Caravan are likely able to hold their ground, at least the experience demands it. Anglagard I've heard are interesting and is on my to-do list. The rest, might just as well see on the spot. In short, given some of the stuff on the bill, it'll be a blast.

So, lastly, what have I forgotten? Well, camping is nearby, a stone's throw away. Facilities are in good shape albeit not too numerous. Then again, the festival itself is small. Tickets you can purchase online (here or here), or on the spot. It's such a niche event so it's unlikely to be sold out. The music marketplace was disappointing last year but maybe they'll have a better selection this year. In the end, if you want a small piece of really useful advice, do stock up on beer if you arrive on Friday - the place was dead at about 11 PM. Other than that, it's a wonderful little festival that I suggest you attend if you are into prog. 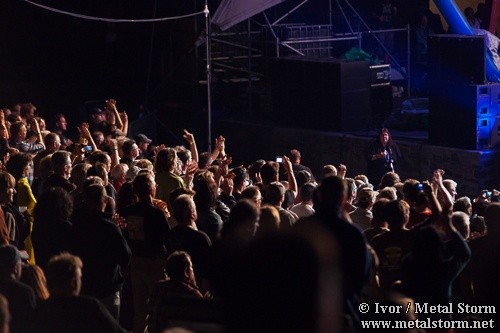 Oh, I almost forgot. Two tickets are going up for grabs shortly.