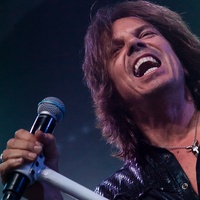 As far as the wider audience is concerned, Europe is a band that will likely never come out of the shadow of their biggest hit "The Final Countdown." That overplayed (in)famous keyboard lead is what makes you think if you should bother with seeing them live and wonder if there's actually more to the band than just that one song. Even though I'd seen them play years ago at Hellfest, I figured I'd give them another chance, if only to be able to catch the warm-up act The Vintage Caravan.

The Icelandic hard rock trio The Vintage Caravan really are a fun entity. Initially my attention was caught by a trippy and almost absurd video of "Expand Your Mind," which classified them for me as something to keep an eye on. While their albums are not necessarily enticing for frequent and repeated listens, they do pack a good punch with effortless groove. They don't really beat about the bush, they get right down to it - if by "it" we mean something that really cooks, so to say. 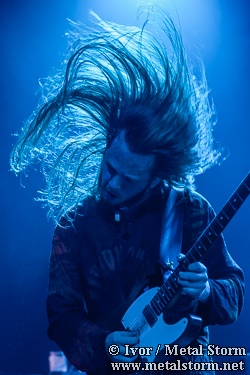 It's bands like The Vintage Caravan that keep reminding me that you don't need overly complicated arrangements to create somewhat non-linear music, that you don't need a myriad of instruments to be interesting, that a trio on drums, a bass and a guitar are sufficient to really rock. Their performance is fun to watch, it's captivating because of the groovy music, and it's energetic because the guys on stage go flat-out trying to make the most of the small time-frame they were given.

When Europe hit the stage, the difference in calibre became immediately apparent. It's in their bearing that this band's been around for a while, that they have played stages big and small, and know how to engage the audience on either one. That Joey Tempest goes around the stage, making poses and spinning the microphone stand, is a given. That kind of stage workout can be taken as a trademark sign of the era of the band's origin.

As part of the stage show, I was rather more pleasantly surprised that for once someone had put a lot of conscious thought into providing a light-show with a purpose. What usually passes for lighting kind of boils down to just shafts of light spinning around rather aimlessly while trying to match up to the tunes. What Europe had was in perfect sync with their music, toning down at quieter spots, blazing outwards when the band rocks, following and focusing on the singer or musicians when relevant. It made them appear bigger, it made the stage appear bigger.

As far as the average listener is concerned, it looked as if it was all about that album (or at least albums of that era) and a build-up to that song. I have the distinction of not knowing the band's repertoire apart from having listened through the last album once. That, and the show I saw at Hellfest years ago of which I have an amusingly bloody memory. I recall with great humour how when that song started, it looked as if all the people rushed towards the stage while I, for whatever obscure reason, was bleeding the hell out of my nose. 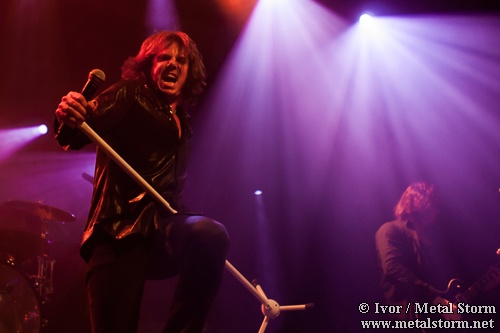 Apart from that fun recollection, going in with a rather clean sheet seems to be a good idea for such an established act as Europe. For one thing, it gives a fair and equal chance to the band's old and new material. For another, it gives a pained perspective as to what the audience knows and awaits, as well as what they are ignorant of. It also pains me to see when the band is trying to draw attention to the songs off their latest album(s). I feel for them on those occasions because the presented cross-section of their discography gives a view of a pretty consistent band with good songs all around. It's just that some aren't willing to give it a shot.

Quite humorously the listless part of the show was the encore with "The Final Countdown." On one hand, it's the screaming contrast in keyboards. Trust me when I say that throughout the show you won't really notice these throwbacks to the synth-heavy sound of the '80s, that the band sounds nice and hard rocking most of the time. On the other hand, it looked as if the band are really tired of this song. Somehow I could feel the difference in their bearing. Or maybe I was just projecting my own feelings onto them. In any case, that encore might as well not have been. 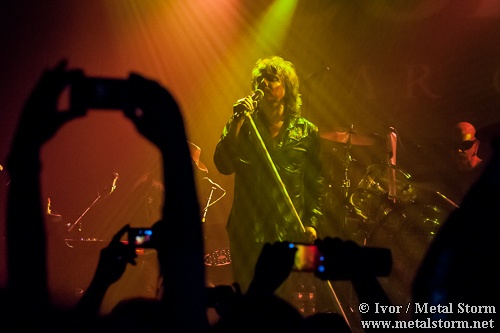 Europe achieved what not many manage at Rock Café. They lived the stage and made it appear as if they are playing a huge arena. As solid a hard rock band as they are with good rhythms, riffs, tunes, and guitar-work, it's a shame that, for better or worse, they are stuck with being synonymous with "The Final Countdown." I'm satisfied there's quite a bit more about them than this. They did well on stage by my reckoning.


See more photos in the gallery linked above.


Thanks to Liina Karo from BDG for the access and help.