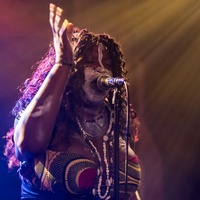 Where were you on the night of June the 27th between 9:30PM and 10:30PM? What? Where? No, wait, don't tell me! I really don't care. I know for a fact that you were at the wrong place because you weren't there. There are (or were) other possible right times and right places to be (or to have been) but for just an hour on that particular night the only right place to be was at a Vôdûn gig at V11 in Rotterdam. 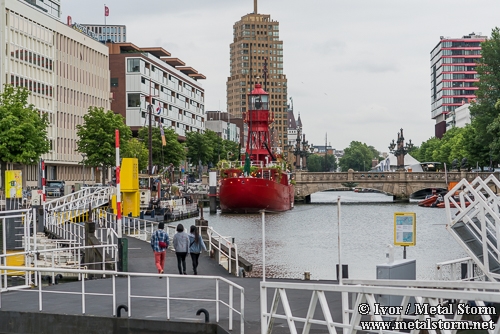 I imagine you ask why. Because, in short, it's probably the best band you've never heard of and it is probably the single best concert you've never attended at one of the coolest venues you can imagine. Or, to put it differently, it was one hell of a unique gig for you to miss. Let's see if I can break it down for you somehow.

It's a (widely believed) fact that three are usually needed to make a band and any more seems like a waste of resources and skill. Thus, Vôdûn are just three, each talented at wielding their instrument of choice: Linz Eel providing magic riffs on guitars, the unbelievable Zel Kaute on drums, and the magnificent Chantal Lewis-Brown on vocals. Together they form the powerhouse that is Vôdûn, a kind of psychedelic stoner rock trio that have built their music and imagery around West African Vodun, even adopting stage names representing Vodun spirits: the Marassa, Ogoun, and Oya respectively. 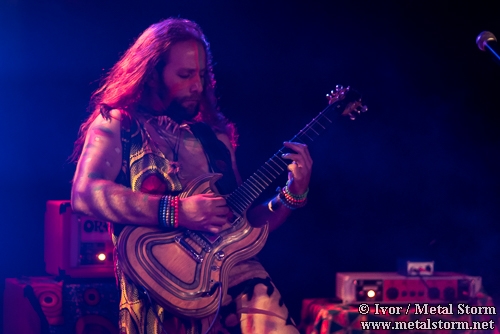 One of the aspects that makes this moment in time and thus this show unique is that Vôdûn are a band on the rise. There are small bands around that, when you see them play, are spectacular but for some obscure reason nobody understands how good they are. You just can't shake off the constant feeling that they are and will remain small fish in the pond. Vôdûn feels different. There's something magical about a young band on a quest to conquer the world, a rocket on the upswing gathering momentum, a naïveté of belief that the sky's the limit.

Vôdûn haven't got much to their name yet. The Eat Up The Sun EP came out in 2014 and the début album, Possession, was released just last year. However, since then they've done a steadily increasing number of shows and have put in festival appearances with increasing attendance. Moreover, on this busy summer tour around the western side of Europe, they even performed at Hellfest, of all places - which brings us to the show at V11. 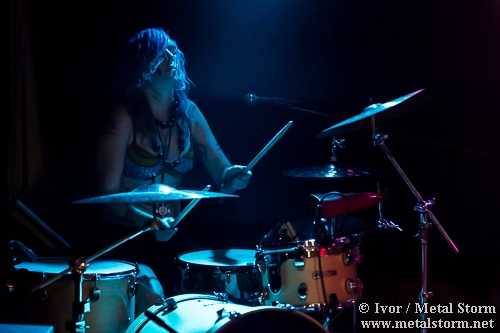 Docked in the old city harbour of Rotterdam is V11 (or Vessel 11), a British lightship that's been turned into a gastropub and a music venue. Belowdecks houses a small bar, a stage, and room for maybe 50 or so people, 100 tops if you really cram them all in. In these close quarters there's an aura of an underlying powerful force in waiting around Vôdûn. Their act is effortless, unpolished, and unmasked. With its ups and downs it's naked, intimate, and genuine in every way.

There were probably 20 to 30 of us witnessing their performance. Unique venue aside, the magic of the moment is that the time-window in which this band can be experienced in such small and intimate quarters feels narrow and fleeting. They already played three new songs live. This show felt like boarding an already-moving train leaving the station. This is the moment in time that you can later reference by saying, "I saw them live when they were starting out. I was there before they got big!" Join later and you will be asking yourself where you were before and why you didn't discover this band earlier. 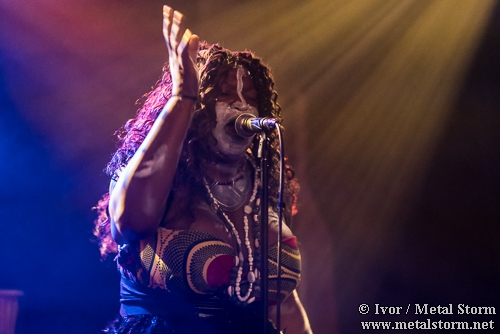 It appears that if Vôdûn keep gathering momentum and continue on the path they have chosen then they will be going places. It looks like this is all on the verge of growing from a passionate hobby into a full profession. I just hope Vôdûn don't lose their honesty along the way. I admire Linz on guitars, I bow to Zel and her insane drumming, and I worship Chantal on vocals. It was only for an hour but it was pure, passionate, and vivid, an unforgettable experience.