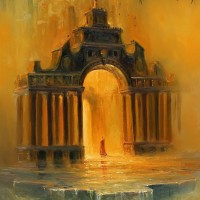 The following booked event in my schedule was saved for none other than the mighty Metallica. This gig took place at an enormous venue in Milan (Italy) - Snai Ippodromo San Siro (very close to the stadium San Siro). So, of course, it was an-open air concert, drawing thousands of people - in total a little less than 48,000 (according to the official number of sold tickets). A big mass of people, which in some cases I'm okay with; in others, not so much. It depends mainly on the type of the venue. In general I prefer stadiums (fully closed if possible) to other types of large-capacity venues when I attend bigger shows - better acoustics, better view, and the availability of multi-sectioned standing/seating areas. However, I was lucky enough to be able to upgrade my ticket on very short notice, from the 'normal standing section' to the 'front stage section' area. Especially in this case it turned out to be a good choice, having enough space around, feeling comfortable with a solid view on the stage.

The opening band of the evening was Bokassa, which I didn't see (I didn't intend to in the first place). I had planned to see and check out the next support act on the Metallica trek: Swedish heavy metal specialists Ghost. The six-piece group, fronted by charismatic vocalist Tobias Forge a.k.a. Papa Emeritus III, has reached quite a high level of recognition around the world in the relatively short period of time since their formation. Personally, I don't follow their music much, so my expectations for their appearance on this occasion were basically to keep me in the right mood for the headliners. That might be a strange or unusual thing to some, but that's the way it is. Their performance was okay; nothing special to complain about, or praise on the other hand. Some cool guitar riffs, solos, synthesizer parts. Not in favor of the vocals, though. 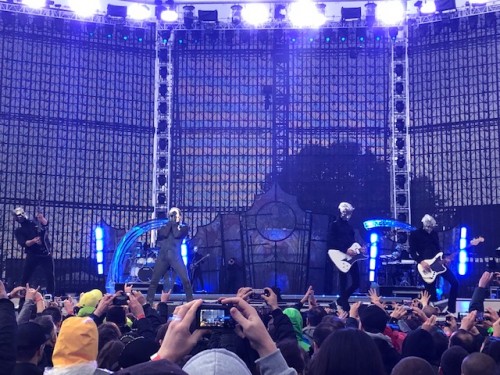 After one hour of pause and technical adjustments on the stage, the intro of the legendary "Ecstasy Of Gold" video clip began rolling on the big screens, announcing the beginning of Metallica's show. Prior to this gig, I'd seen the set list from a couple of shows they had already played before this one, so I knew what to expect, since there weren't lots of changes and modifications from one to the other... although I was hoping for some, unfortunately in vain. Metallica kicked off with an intensive track: "Hardwired," which is a solid one, if you listen to it once a month. Continuing with Re-Load's "The Memory Remains," which was more or less a "filler" for me, it was time for the legendary classic "Ride The Lightning," which really turned the tables 180 degrees. Yeah, always a killer-sounding track. Following this one were tracks from the "Black Album" album and the latest one, with a couple others mixed in. The first half, regarding the song selection, was quite a struggle for me. Also, for example: replacing "Fade To Black" (from the previous gig) with "Halo On Fire"? Yeah, sure. 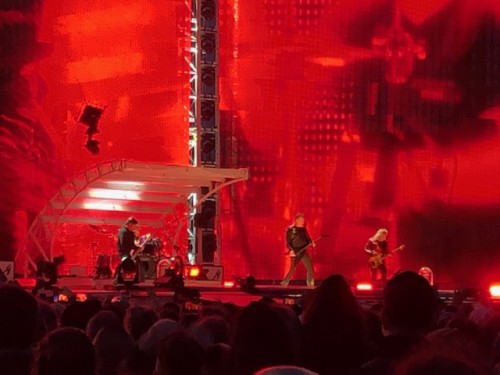 With the rain starting to pour, the wet "second half" began with "St. Anger," followed by the classic songs "One," "Master Of Puppets," "For Whom The Bell Tolls," "Creeping Death," "Seek And Destroy," etc. - till the very end of the set, which was concluded (traditionally) with "Enter Sandman". Of course, this portion of songs was definitely more uplifting and exciting, but still what I especially miss at their shows are songs from Kill 'Em All record. "Seek And Destroy" being the only one on the list is quite unfortunate, at least for my desires. 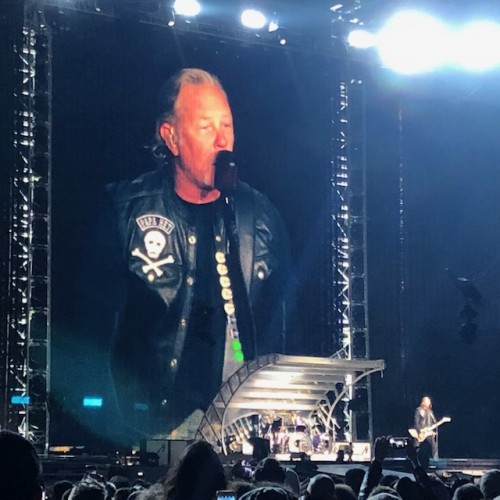 Metallica can still light up a hell of an atmosphere, no doubt about that. The guys are still very much motivated and professional, with the execution at a satisfactory level. I'm not of those who would be meticulous in every aspect of execution. I still find James's vocals very intense, making some adaptations but still in very good shape. The one thing that definitely could have been improved is the tone of drums. Instead of sounding really heavy and crushing, they are just heavy with blank bullets. I'm sure it wasn't always like this, but it has been the same for years now. Luckily both guitars and bass still set high standards for the overall tone and hold them there. 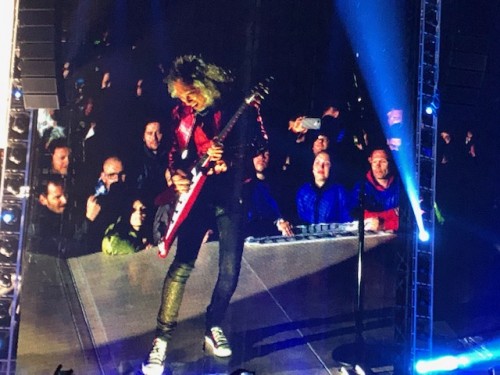 The moderate rainfall did not help, but it didn't ruin the "soaked party" either. At the end of the day, it's still Metallica, and you don't get the chance to see them every year. If I get the chance again sometime in the future, I'll sure be there. With an updated set list, of course. I would recommend a 40th anniversary tour of Kill 'Em All. 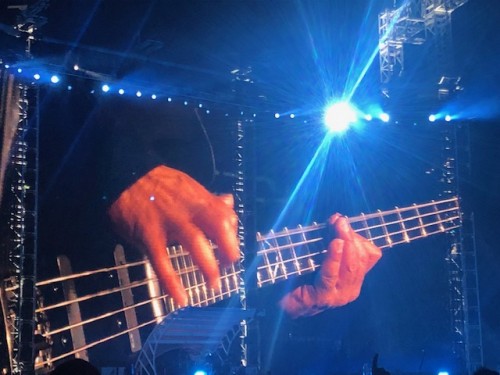 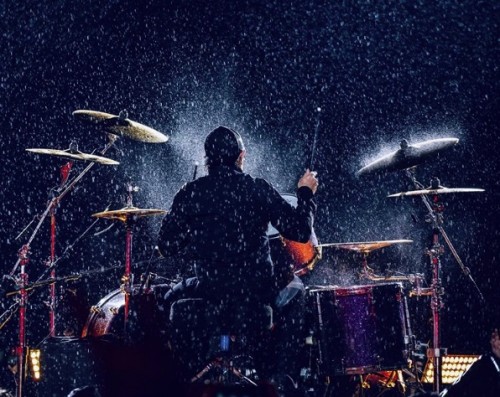 Between all these (more or less) "big" concerts and festival days that are happening and will happen this summer for me, I also squeezed in the following one - Black Tusk - in one of most visited locations/venues on my schedule, Klub Mocvara (Zagreb). This stop was already leading the band towards the end of their European run, with only a couple of gigs left after this.

Black Tusk started with a full-on offensive tactic. Their sound of sludge mixed with hardcore sharpness was invading and penetrating very easily through the whole body. A set of just under an hour included songs from their whole discography, with most of them coming from the band's latest full-length output, T.C.B.T., released in 2018. Black Tusk presented themselves in a very "hardcorish" manner, giving off the attitude of a super energetic and powerful band on the stage. Being flexible and all over the stage, all the time - it's one of those performing characteristics that lots of punk/hardcore bands possess. It was an enjoyable evening, and I relaxed with a couple of beers on top of it. Not going totally crazy about it, just having a good time, chilling in the lightness of one more noisy appearance. 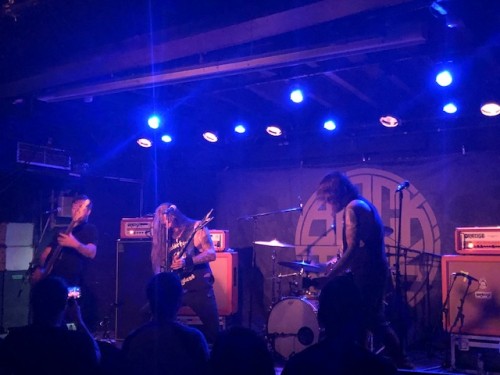