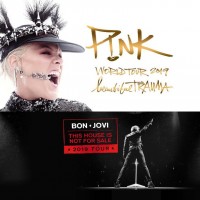 From Rock the Castle festival in Verona, featuring Slayer and other metal heavyweights, we go to the next stop, which took me back to our 'northern neighbours' for a mellower type of music event, though no less exciting. The main act? New Jersey hit makers Bon Jovi. While this event was part of Bon Jovi's European stadium tour (more or less), the venue that hosted this show was Worthersee Stadium, located in the city of in Klagenfurt. The stadium was rebuilt back in 2006-07 for the purposes of the 2008 European Championship in soccer. This gig was sold out, with around 35,000 attendees. A fair share of those were coming from our little country, since Klagenfurt is very close to our border. 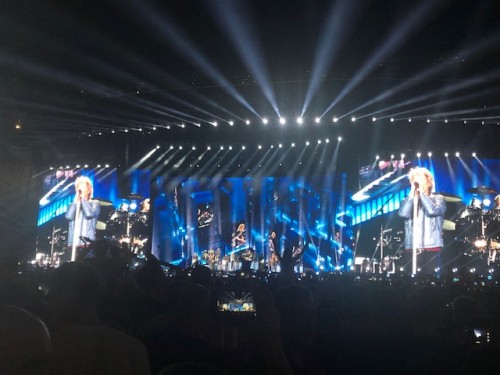 Bon Jovi was not the only one performing this evening. Supporting them were well-known hard rockers Skid Row, who gained the major part of their reputation with their first two albums, released 30 years ago. Their set list featured almost all tracks (except for one) from the Skid Row record and one from Slave To The Grind - so Skid Row's performance was nothing memorable, to put it briefly. The sound was sort of bland, which I kind of understand in this case, but still could have been improved greatly. The current vocalist, who joined the band in 2017, was quite a failure regarding the vocal execution. I'm not an expert, but there were many occasions during his performance where lots of flaws could be heard and felt. Also, I'm not really fond of their music; never was. The verdict clings to the fact that I wasn't impressed by their performance at all. 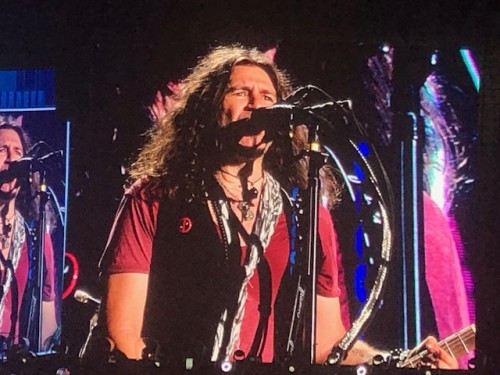 To great anticipation from the whole stadium, the one and only Bon Jovi hit the stage. The band, which needs no special introduction, began its show with the title song off its latest record, This House Is Not For Sale. As one of the most popular groups of all time, Bon Jovi have released numerous hits throughout their career, written mainly by Jon Bon Jovi and Richie Sambora - and most of them (well, as many as they could fit into the two-hour set) were played this evening. Although Jon Bon Jovi is still a very charismatic performer up on stage, engaging the fans through the whole show, basically being the face of the band, it does seem that the strength of his voice is slowly declining. It's not one song or two in particular, but it could be heard many times during the show. And one more thing that has become a normal thing: lots of bands or solo performers use more and more backing vocals and vocalists... I assume (also?) to disguise the main vocalist's flaws during certain parts of their performance, or rather the inability to reach higher notes and more demanding ranges. 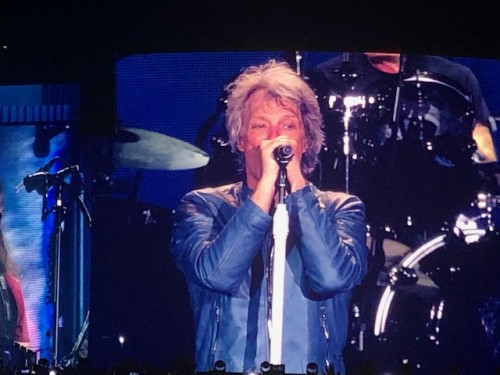 This was my third time seeing Bon Jovi live, and I must say, in a bittersweet tone, that it did not surpass the experience of the first and even less the second one, when I was part of their spectacular show at San Siro Stadium (Milano) back in 2013. 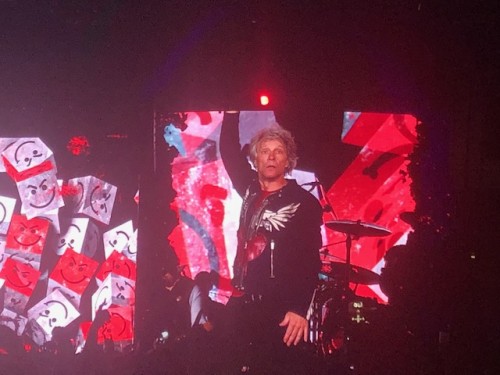 A week later after seeing Bon Jovi in Austria, I was ready for another grand event of mainstream music. Another heavyweight of pop music was up on the bill, one often appearing and showing herself as kind of goofy, rebellious, and uncontrollable. Well, that suited her more in the early days of her ascending career. This time, I was heading to Munich to see the crazy performer Pink. The venue: the legendary Olympiastadium. Compared to the stadium where Bon Jovi performed, this one featured about double the fans, roughly 70,000. To convey the image and the magnitude of Pink's popularity, there is one more fact I need to mention. This was actually the second sold-out show in two days at this stadium, which is simply impressive. This can be achieved by only a handful of artists worldwide. 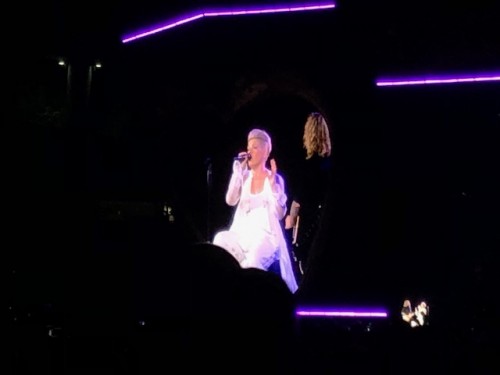 Every now and then I like to break the abundant "all-metal" concert-going with occasional nonmetal trips, as you might have noticed, and summertime is normally reserved for a couple of gigs of this type on my bill. I was quite excited to see Pink live, as she's a true show-maker, known for exceptional stage appearances that, along with the music and singing, include all kinds of visual effects, dance choreography, and especially the fearless acrobatic moves and formations, including "flying" across the whole stadium (attached to a special set of long ropes/wires). A stunning, bold move there, no doubt. And that's something you can expect from Pink. She is very prepared and fit, in terms of her whole-body strength and overall condition, which of course is the basis for executing all these gymnastic moves and, above all, singing along. 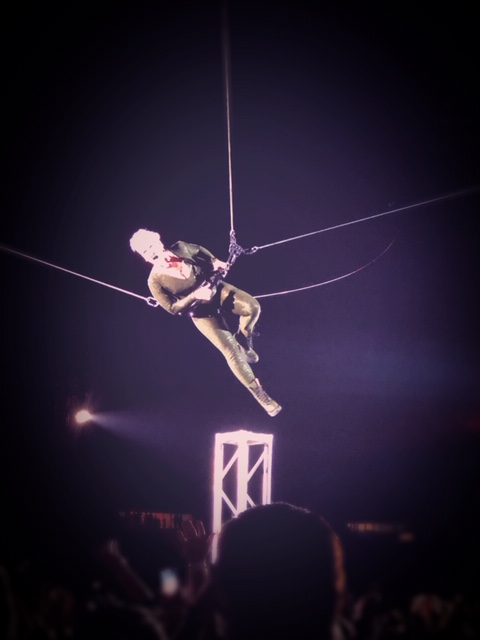 When I draw the line under this gigantic appearance, it's hard to be disappointed with anything at all. The set list comprised many hits, with barely any I didn't know. The only thing that kind of bothered me, though not directly pointed at the Pink's performance, is the passivity of the German crowd. Even though, in general, I know what kind of atmosphere to expect, I was still hoping for some more action and feedback from their side.

All in all, Pink truly gives everything and puts a lot of effort into her live shows to satisfy the audience. Definitely one of a kind. I would love to see her again sometime in the future. 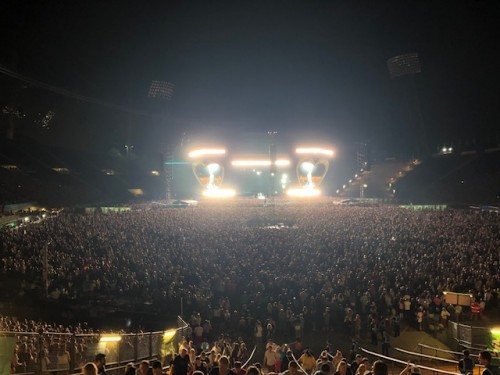